Did the New York Giants get their starting right tackle in 3rd round pick Matt Peart? 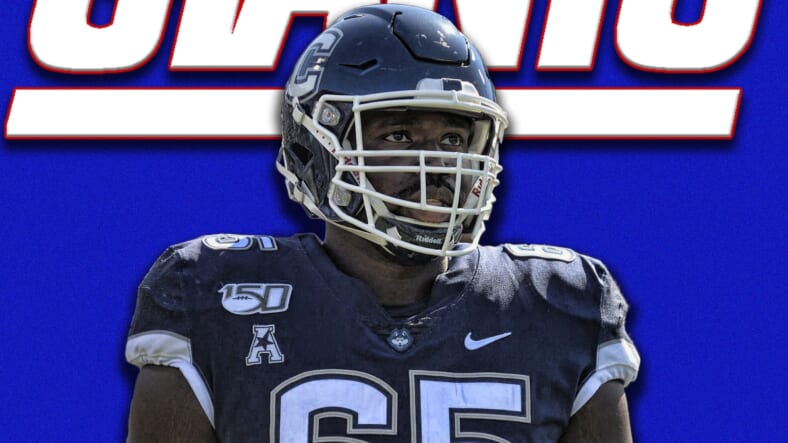 When the New York Giants drafted Matt Peart in the third round, most were unfamiliar with him as a prospect and a player. The UConn tackle represents a potential starter in the NFL, as he ranked as one of the more athletic players at the position. With good size and frame for a tackle, Peart has the tangible traits and athletic ability to earn starting reps in 2020 potentially.

One of the most exciting aspects of Peart is that he missed zero games in college due to injury. His health has been a determining factor for success at the collegiate level, but he still needs development to be considered for live reps during the 2020 season. Historically, Matt grew up playing soccer and basketball in high school. He also participated in track and lacrosse. He started out playing defensive end but didnâ€™t make the varsity team until he was a junior.

As he grew in size, Peart eventually made the transition over to tackle in his senior year of high school. Once he joined the University of Connecticut, he continued on to become one of their foundational players on offense. His ability in the run game has proven to be his most essential asset. Athletic ability, paired with mobility enables him to reach the second level quickly and shield off would-be tacklers.

Our offensive line analyst at ESM, Matt Giannettino, gave us an in-depth breakdown on Peart Via Youtube, stating:

Super athletic quick on his feet nimble especially for his size and his life is really good on his pass sets,when he stays square with his head up he does his best work.

Can be a little weak on point of attack but that has to do with not rolling his hips consistently. He also plays a bit high of pad level because of his size. i actually believe if he adds weight that could help him.

In summary, he need to be a little bit more consistent in all of his technique but most importantly his hip flexibility for his athleticism and mobility along with his lane are really some good traits for the Giants to work with moving forward.

While Nate Solder, Cam Fleming, and Nick Gates will compete for the starting right tackle spot, Peart will wait in the shadows and refine his skill-set during 2020. I don’t believe he will start unless an injury forces him into an awkward position, but his development is essential if the Giants are going to cut Solder in 2021 to reduce the salary cap.