Did the New York Giants find a game changing defender on defense? 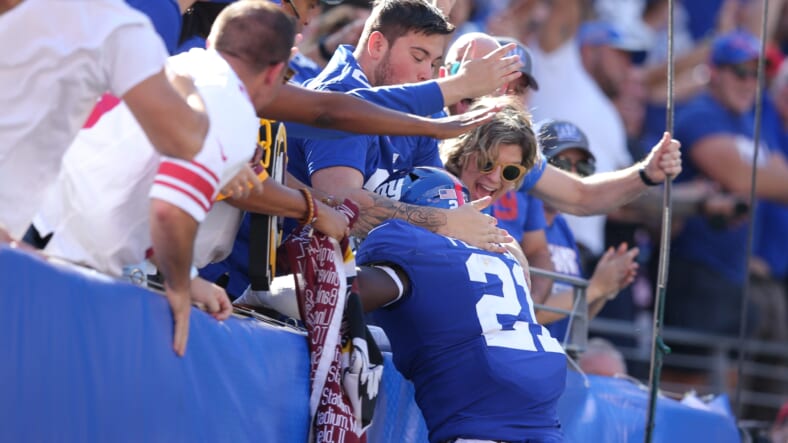 When it comes to defense, the film doesn’t lie, and for the New York Giants, they have had plenty of lousy tape this season. However, over the last six quarters of professional play, they have not allowed a single touchdown. Head coach Pat Shurmur stated that his team made numerous minor adjustments to fit the play-style of their defenders better and to help them mesh.

One name I did not hear on Sunday was “DeAndre Baker,” who dominated his matchups and showed why the Giants were willing to trade up into the first round to acquire him. The less you hear a cornerbacks name, the better. Sometimes, though, it’s good to always to be mindful of a player’s actions, primarily when it revolves around success and game-changing plays.

That’s what leads us to safety, Jabrill Peppers — an athletic freak who was included in a package deal that sent star wideout Odell Beckham Jr. to the Cleveland Browns. The Giants also acquired a first-round pick in the agreement, which they ultimately spent on an interior defender, Dexter Lawrence.

How has Jabrill Peppers performed for the New York Giants so far?

After two inconsistent seasons with the Browns, Peppers made his way back home to New York. In four games, the safety has had his ups and downs, but Sunday was undoubtedly an up. He totaled three tackles, three assists, and one interception, which he took to the house for a touchdown. Throw in one impressive pass breakup to the mix.

Take a look at how well Jabrill plays this fade route to the back of the endzone. Without turning his head to look at QB Dwayne Haskins, he locates the ball watching the eyes of the receiver and disrupts the catch process forcing an incompletion. This play spurred an impressive goal-line stand that held Washington to a field goal in the second quarter.

Later on in the game, he recorded his pick-six, where he blanketed the intended target and took full advantage of a back-foot throw from Haskins. Interestingly enough, it resulted in Haskins’ first career touchdown. Check it out below!

The Giants have found themselves a real playmaker at the safety position, and the best part is, he’s costing the team just $1.4 million against the cap this season and $1.875 in 2020. This gives the team plenty of room to work with during free agency next season.