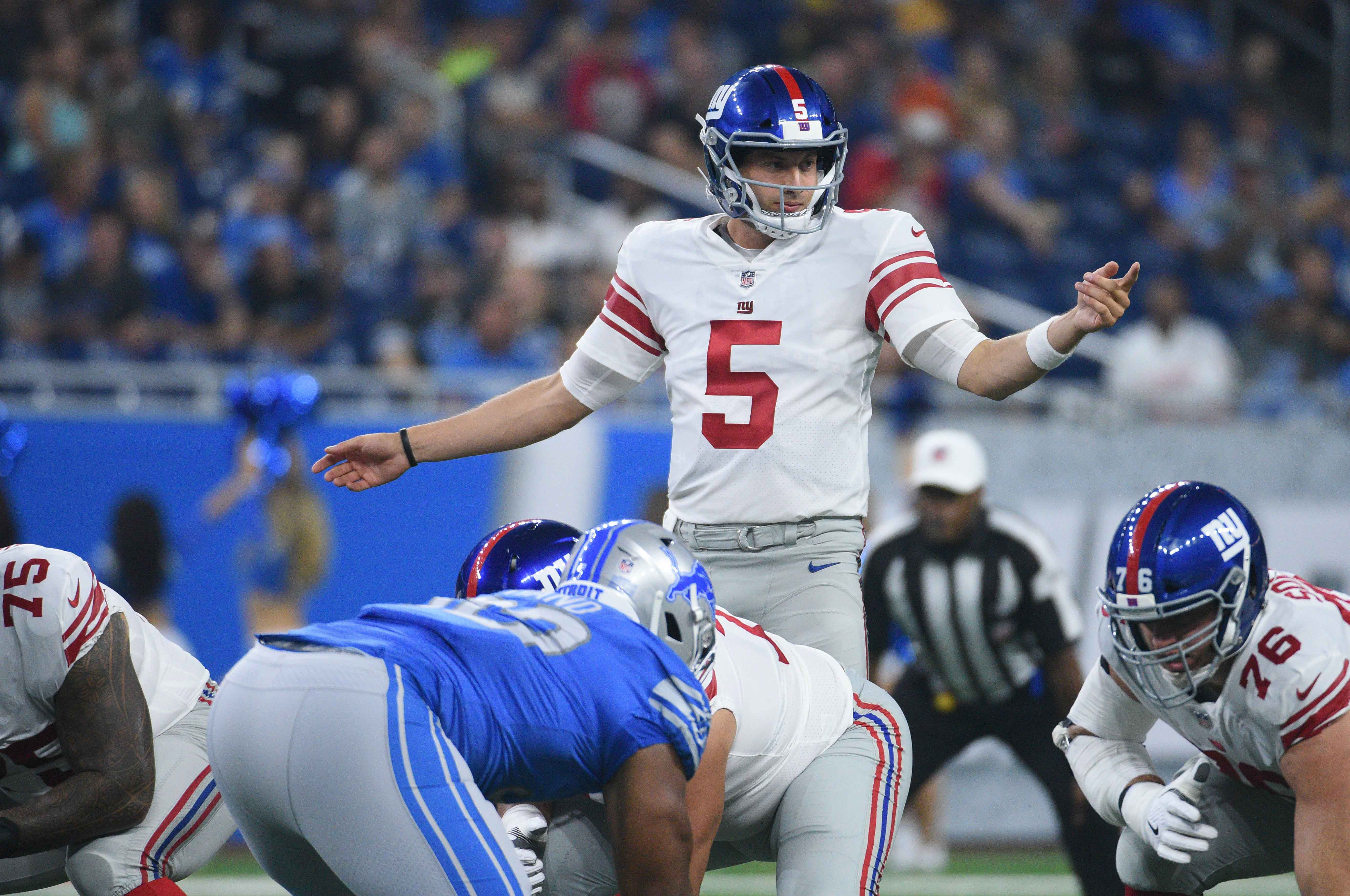 When the New York Giants sat former quarterback Davis Webb in the final game of the pre-season to provide rookie Kyle Lauletta with more playing time, he knew his fate was sealed. Nobody saw this result coming, and several months later it might seem as if cutting Webb was the best possible outcome for the young passer and the worst for the Giants.

Big Blue currently sits at 1-6 on the season and has one of the most embarrassing offenses in the NFL, while Webb enjoys the 3-3 Jets on the upswing of a two year rebuild.

When asked about his thought on the mess that’s the New York Giants, Webb stated:

“I think this could have been the best thing that happened to me,” Webb told The Post.

He followed it up with an unsure, “I know uh … I think uh …” Trying to piece together his words carefully as he subtly tears apart his former team. But, we know Webb isn’t that type of player or man, so he took the high-road after being abruptly released after having a promising pre-season.

“I’ve watched their games,” Webb said. “I think they’re really close to having a really, really good game coming up. I know it hasn’t gone the way they’ve wanted to, but I root for them every single Sunday.”

The new management for the Giants miscalculated entirely in their attempt to piece together the Giants’ roster. Clearly, their attempt failed miserably, which in the end put Webb in a bad position and forced him to hit the restart button with a  team that has already drafted their future signal caller.

In response to him being cut, Webb stated:

“You just don’t expect it,” he said. “You ask anyone over there and no one saw it coming. But it did. It took me a day or two to accept it and then once I did I was ready to rock and roll.”

When asked about Eli Manning and his struggles so far this season, Webb said:

“I don’t think he’s played bad at all. I think whoever is writing about it and in the media, you have to understand what the whole game plan is. We don’t know that.”

It’s a fair explanation for Manning’s porous red-zone play lack of mobility, and in the end, it comes down to the offensive line’s inability to provide the receivers with the proper amount of time to run their routes and for Manning to feel secure waiting for the openings.

While a majority of fans are getting tired with Manning’s mishaps, some might be wishing Webb was around to provide some consolation to a season that’s clearly headed south-bound.