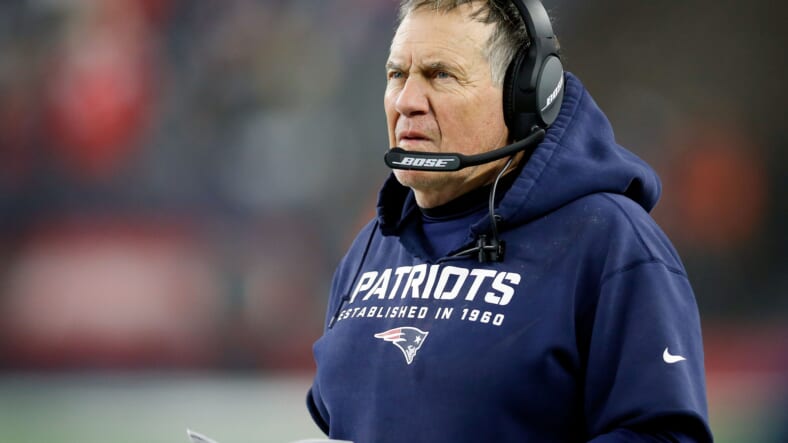 Could the New York Giants have potentially reunited with Bill Belichick?

Well, according to one rumor, there was at least an inquiry into the position from the legendary Patriots head coach… However, take it with a large grain of salt for a few reasons. Aside from the fact that the nature of the rumor seems like a stretch, the news is being broken late enough to perhaps seem a bit unreliable. Why, after all, would this information sit around for so long if it was true?

As I reported on #ArbellasEarlyEdition Tom Brady and his family are making preparations to move once the school year is over. And Belichick inquired about coaching jobs in Washington and NY after Jimmy G. was traded. @NBCSBoston @NBCSCameraGuys

There’s a lot of talk about the Patriots going into decline after their season ended in loss to the Titans, in a result that not a lot of people expected, and the bonds between Brady, Belichick, and the team’s ownership have been rumored to be strained for some years now. There’s also been fringe theories about how the Giants could benefit from it, if it results in Belichick coming back to New York.

This kind of speculation, however, has been going on for some time and nothing major has come of it yet. Then again, losing to the Titans in the playoffs is new territory for the Patriots, and the differing circumstances could potentially change that existing pattern.

The Giants already have a rookie head coach right now in Joe Judge, so it’s safe to say they won’t make a move anytime soon for Belichick in that area, but it is worth considering the chance that if a comeback did happen, the Patriots coach could end up in the front office.

Dave Gettleman is somewhat expected to retire in the next couple of seasons. Probably as soon as this season if the Giants don’t perform better and pick up more wins. And if or when that does happen, could it potentially be Belichick that takes up the reins?

There’s a chance that it isn’t outside of the realm of possibility – but right now, we don’t have the most reliable sources to go on.