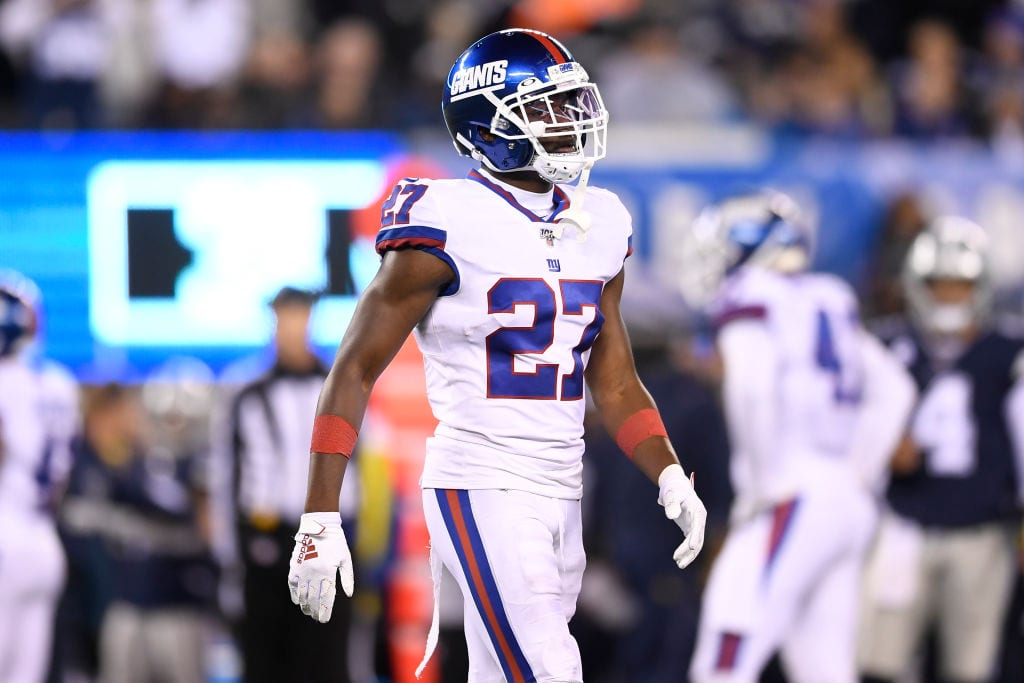 When Dave Gettleman took over the reins of general manager of the New York Giants in 2017, we were told the floundering franchise was going to turn over a new leaf and change the culture of the team.

Well, here we are, with a little over two seasons and 24 losses later and nothing has really changed. In fact, things have gotten worse.

DeAndre Baker, a 2019 first round pick of the Giants, who Gettleman moved up at a premium to draft is now at the center of a felony investigation in Florida.

Baker and Seattle Seahawks safety Quinton Dunbar (formerly of the Washington Redskins) are under investigation for armed robbery tonight. From Pro Football Talk:

The players attended a party at a private residence Wednesday night when an argument ensued, and Baker drew a semi-automatic firearm, according to the arrest affidavit. With Baker directing, Dunbar helped collect more than $11,000 in cash, an $18,000 Rolex watch, a $25,000 Hublot watch, a $17,500 Audemars Piguet watch and other valuables from partygoers.

At one point, Baker ordered another armed man in a red mask to shoot someone who walked into the party. The armed man did not comply. There are conflicting witness statements about whether Dunbar had a gun or not.

The Giants made a conscious (or unconscious) decision to trade back into the first round in 2019 for the Georgia product, who was the first cornerback taken in the draft. The Giants trade theirÂ 2019 second round pick, No. 37), their 2019 fourth round pick (#132) Â and their 2019 fifth round pick (#142) to the Seahawks for the No. 30th overall selection to take Baker.

With those selections, the Seahawks took OT Greg Little, DB Ugochukwu Amadi and LB Ben Burr-Kirven, three players who they have high hopes for.

Baker was penciled in as a possible corner on the outside for the Giants and now his spot will likely be vied for by Sam Beal, Corey Ballentine and rookie Chris Williamson.

The irony is the Giants, trying to improve their culture and the quality of human beings they bring into the building, have been slapped once again by the hand of fate. Is it bad luck or something deeper?