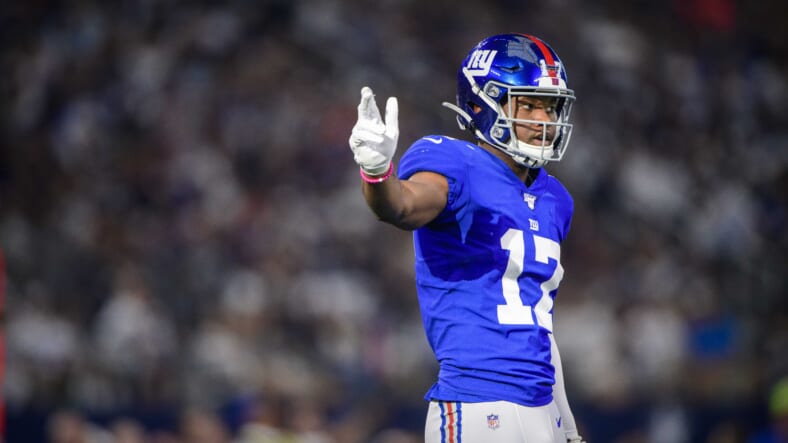 If the New York Giants wish to be active in the free-agent market, they are going to need to make several difficult decisions this off-season. Releasing players is a reality teams face every year, but due to COVID-19, this off-season will be especially unique. With the cap expected to settle in the $180 million range, it will require the shedding of dead weight, and the Giants will undoubtedly need to make a few cuts.

The expectation is that Solder will be cut post-June 1, which will open up about $10 million and give the Giants enough money to sign their draft picks and carry a bit of cash into training camp.

As we saw last year, supplementing injuries is a reality that often times strikes, just as Logan Ryan was signed with Xavier McKinney fracturing his foot before the start of the season. With about $8 million needed to sign their draft picks, the Giants would have about $2 million left over to make any necessary moves.

The Giants simply canâ€™t afford to damage their offensive line more than it already is, given they were the 32nd ranked pass blocking unit in 2020. However, right guard Kevin Zeitler holds a $14.5 million cap hit for 2021, so restructuring his contract is a necessity, but they could also cut him and save $12 million straight up. This will be an interesting one to keep an eye on.

Core suffered an Achilles tear during training camp last year, and with no dead money this upcoming season, saving the $2 million is a likelihood.

Signing Toilolo was already a mystery, but retaining him would be blasphemous. Last year with the Giants, Levine played in just 27% of offensive snaps, catching just five passes for 46 yards. He is a primary blocking tight end, and why the Giants felt he deserved this type of contract for his lone skill is interesting.

The Giants recently signed reserve center Jonotthan Harrison, formerly of the New York Jets. He will cost a mere fraction of what Spencer Pulley is projected to make in 2021, so the Giants will likely cut bait and save nearly $3 million in space.