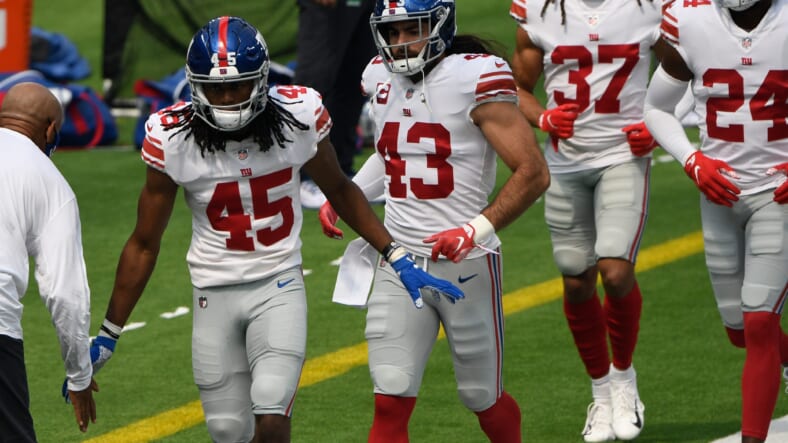 If the New York Giants put up fewer than 12 points, which their average through four games suggests, they will undoubtedly lose the Dallas Cowboys by a fair margin.

Despite the Giantsâ€™ defense ranking 13th in scoring allowed and fifth in yards per game allowed, Dallas has a high-octane offense capable of tearing apart any defense. Last week against the Browns, the Cowboys put up 38 points, with Dak Prescott throwing four touchdowns and 502 yards.

For Big Blue to overcome the Cowboys, their offense must find a spark and attack their weakness secondary. Allowing 36.5 points per game through four weeks, the current Dallas defense is the worst in team history, giving Daniel Jones and his struggling unit a slim advantage.

Five bold predictions for the New York Giants vs. Dallas Cowboys in week 5:

1.) The pass rush will be dominant against a thinned Dallas O-line

Dallas will be without their starting left tackle, right tackle, and center, giving the Giantsâ€™ pass rushers a fantastic opportunity to dominate the line of scrimmage. The Giants currently ranked 11th in running yards allowed by opposing offenses, which is a solid number and matchup considering the Cowboysâ€™ issues regarding their injuries.

However, the Giants are dealing with injuries of their own, with Oshane Ximines being placed on injured reserve Friday afternoon. That means Markis Golden, Lorenzo Carter, and Â Kyler Fackrell (questionable) will be expected to harness the load.

I expect the interior defensive line to play a significant role in stopping Dallas on offense. Overwhelming their backup center and creating confusion in the interior should allow the outside linebackers to enjoy 1V1 situations with the Cowboys backup tackles.

Brandon Knight, reserve right guard, has been playing at the RT spot, which is a significant weakness for Dallas in week five.