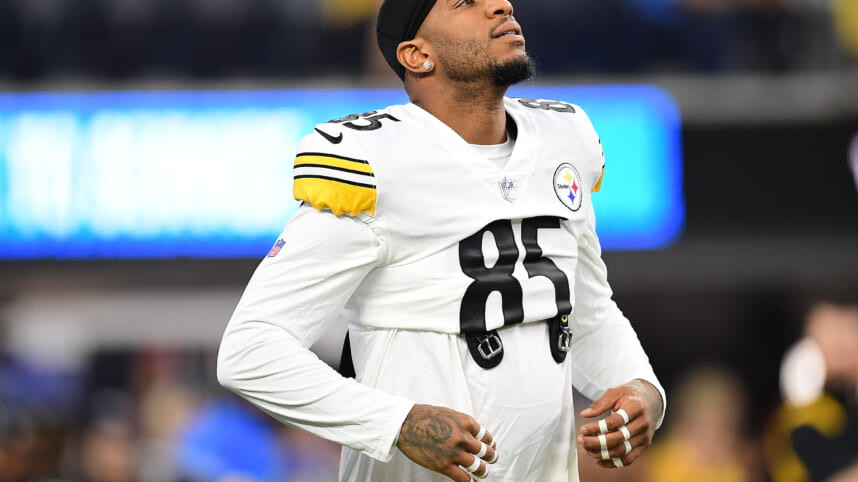 The New York Giants currently have just four healthy tight ends on their roster. It was one of the few positions of need that they were not able to significantly invest in this offseason. Coming into training camp, it was possibly the biggest unknown across the Giants roster.

After an injury to Ricky Seals-Jones, who was expected to be the Giants’ lead tight end, it has put rookie fourth-round pick Daniel Bellinger in a spot to start.

With the tight end position being a tough one for rookies to typically make an immediate impact, the role is less than ideal for Bellinger and his development. It leads to a possible addition for Joe Schoen to make for the tight end group.

If the Giants pursue a veteran tight end, three prime targets to look at are Eric Ebron, Chris Herndon, and Jared Cook.

Ebron is a former first-round pick and will only be 29 years old this upcoming season. An injury, unfortunately, cut his 2021 short. Aside from last year, every year since 2015, Ebron recorded at least 31 catches and 375 yards. Five of six years, from 2015 through 2020, Ebron had at least 47 catches and 537 yards. Over that stretch, he had at least four touchdown seasons four times.

The youngest player from this trio is Herndon, at 26 years old. Following a strong rookie year in 2018 with 39 catches, 502 yards, and four touchdowns, it has been a struggle. Herndon has hardly put those numbers combined up over the last three years. Since 2019, Herndon has had 36 catches, 334 yards, and four touchdowns. It has led to three teams since last summer for Herndon. He would provide the Giants with some blocking ability.

The final option is the most accomplished in Cook. Throughout his 13 NFL seasons, Cook has 553 catches, 7,237 yards, and 45 touchdowns. Despite his age of 35, Cook has put up solid production over the last five years. Since 2017, Cook has had at least 37 catches and 504 yards receiving. Cook has totaled at least four touchdowns every year since 2018. His catch rate did drop to 57.8% in 2021, which was his lowest since 2015. Nonetheless, Cook provides the Giants with probably the best consistency of what is available out there at this point.