3 NFL Castoffs that the Guardians should look into 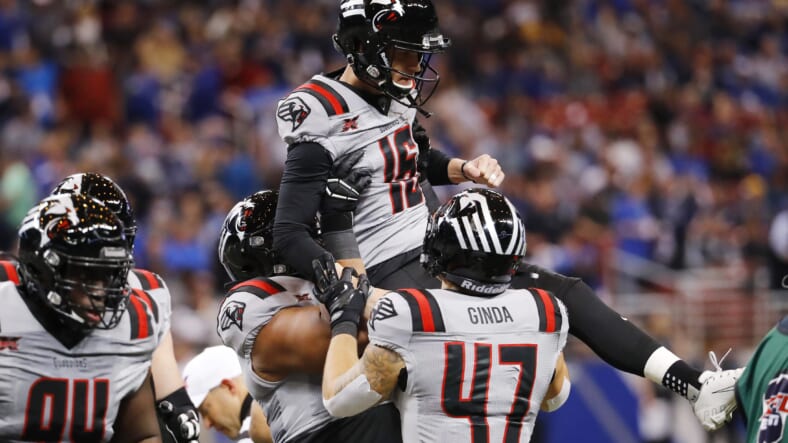 After the agreement was made that the NFL players could sign XFL players, many players signed with the NFL teams. Those including Roughnecks quarterback Philip Walker, Guardians defensive back Dravon Askew-Henry and Battlehawks quarterback Jordan Ta’amu.

97% of the XFL are former NFL players. The teams who lost the players will need to fill up their rosters for next season.

Here are some names that might interest the XFL Guardians into for 2021:

The Giants certainly surprised a portion of fans when they let Robert Thomas go in the summer of 2018. Thomas had a quiet but productive preseason in 2018. He is best known for tossing Browns quarterback Baker Mayfield to the ground in a preseason game vs Cleveland. Other than that, Thomas had spouts of pressure within his career.

Former Guardians sack leader defensive tackle Cavon Walker left the XFL to join the Pittsburgh Steelers on March 25. The Guardians will somehow have to replace his production and Thomas could be a candidate.

They both have a motor type rush that can get them to the quarterback. Thomas’ s NFL career was not something that worked out, but the XFL has welcomed players who are trying to resurface their football careers. And Robert Thomas is one of them.

The former New York Giants 7th round pick has never had a real shot at being a starter or being on a 53 man roster for more than a week. Bisnowaty was a Giants 7th round pick by Jerry Reese. The former Panther only started one game in the NFL. Pro Football Focus gave him a 62.3 overall grade, which is better than a quarter of the starting linemen in the NFL. Months after Dave Gettleman was hired, Bisnowaty was gone before training camp.

After that Bisnowaty bounced around teams and even got drafted by the Dallas Renegades, but was released days later.

The good thing about Bisnowaty is he is alike to Giants’ lineman Nick Gates. That would be for the fact he can be turned inside at guard. That was an unfinished experiment with Bisnowaty conducted by former offensive line coach Mike Solari.

This should be a solid consideration for New York next year. Even if Bisnowaty does not become a starter, he is a solid guy to turn inside as a guard, so that way he is more versatile as a swing lineman.

If the Guardians do not consider Ware, they should consider Richardson.

Trent Richardson is a former Cleveland Browns 1st round bust from 2012. After his 2012 season, where he was 50 yards away from 1,000, his play grew inconsistent. After being traded to the Colts in 2013, he had to resurface his career. Through his years in Indy, he fell behind veteran runningbacks, Donald Brown and Ahmad Bradshaw.

After bouncing around to even the Canadian Football League, he found a home in Birmingham with the Irons of the AAF. In 8 games with the Irons, he totaled 366 yards on 125 carries (2.5 YPC). Unfortunately, the AAF folded in April of 2019.

Richardson proved he could not get it done in the NFL, but could in football leagues outside the NFL (CFL & AAF). Richardson would be a good lead rusher for jumpstarting the Guardians’ offense and getting by opponents.