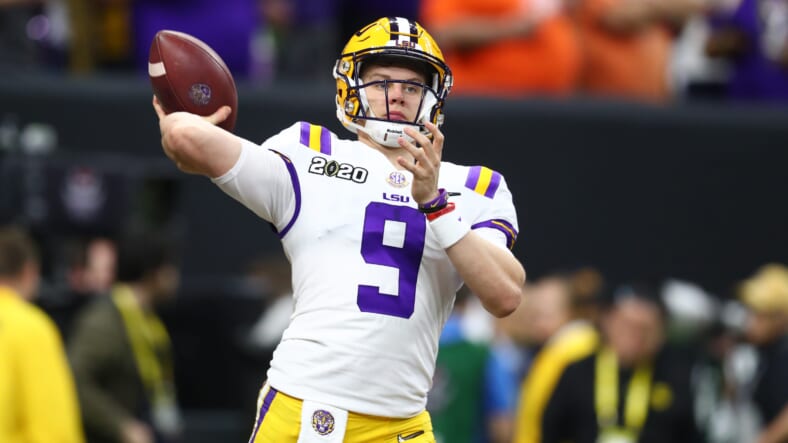 One of the biggest questions going into this pre-draft process was whether or not Heisman Trophy winner and National Championship MVP Joe Burrow would be willing to play for the Cincinnati Bengals, the team who holds the top pick in the 2020 NFL Draft on April 25.

The answer is now known. He’s ready to “talk ball” with whichever team drafts him.

Joe Burrow asked if he would pull an Eli Manning. “I haven’t really thought about that… I’m going to try to be the best player I can be for whoever drafts me.” pic.twitter.com/IS3gCrGryz

That solves one of the three slots ahead of the New York Giants, who select fourth overall. The Ames, Iowa native was thought to be on the fence about playing for the Bengals, and it was being bandied about that he could do what Eli Manning did in 2004 when the San Diego Chargers insisted on selected him with the top pick.

Instead, Burrow will play for whoever drafts him, and that will likely be the Bengals at No. 1. The Washington Redskins hold the second pick followed by the Detroit Lions and the Giants.

In an alternate universe, the Giants could receive some divine intervention by the Redskins and Lions trading back with teams seeking a quarterback, allowing Ohio State edge rusher Chase Young to fall into their lap.

Burrow will not throw this week at the NFL Combine and Young will also not participate in drills. The two seem confident they can only hurt their draft stock by participating. They would rather work out individually for teams or through a the more-controlled process of a pro day.