2020 NFL Draft: 6 Hybrid Players That Could Help the Giants 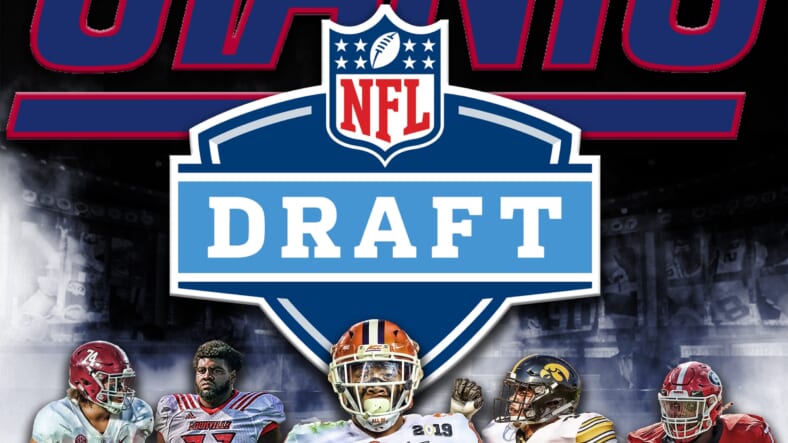 There’s nothing that intrigues football fans more than versatile players who can line up at several positions. The 2020 NFL Draft has their share of these type of players and here are six that I can see helping the Giants round out their sagging roster.

At 6’4″ and 238 pounds, Simmons ran a sub-4.4 40 at the NFL Combine. He describes his best position as “defense” and no one can really argue that point. He lines up all over the field and simply flies to the football. Whichever team drafts him will have to harness both his kinetic and potential energy and put him in more strategic positions in order to make the plays he made at the collegiate level. If the Giants want him, they’ll have to take him at No. 4, that is unless they flip picks with Miami or the Chargers at 5 or 6. He’ll be gone after that.

Claypool is a wide receiver but he’s 6’4″ and weighs close to 240 pounds. Initially, teams may try to force him into a tight end role. His 4.42 speed will likely make him a wideout though and he will create mismatches with his size/speed combo. He is third round material because scouts are leery of his route-running and inability to separate. None of that may matter. He can get by just fine on his other traits.

Gibson was a one year wonder at Memphis and his tape is eye-popping. No matter where they lined him up, he excelled. He has 4.39 speed at 6’2″, 220 and can make tacklers miss or run them over. He has home run ability on both offense and special teams. He’s a player that some teams might struggle to find a role for but in the right hands he could be dynamite.

If there was anyone born to play this game its Hudson. Wind him up and watch him go. He’s not ideally sized to play linebacker in the NFL (5’11”, 224) but try and tell the players who’ve faced him that. This kid is a rock who can fly to the football. Some team is going to draft him and laugh all the way to the bank. I hope that’s the Giants and they use him the way they used Landon Collins in the box. He takes great angles, is built like a brick outhouse and hits a ton. Always in the backfield and around the football.

Another kid who just loves to play football. He isn’t as big (6’3″, 236) some teams like as an edge rusher but he’s fast (4.57 40 at the Combine) and manages to make plays in both the run and pass games. He’s difficult to block because of his great anticipation. There’s something to be said about high football acumen and Coughlin (gotta like the name, too) has it. He was recruited by Urban Meyer at Ohio State but chose to stay closer to home. Otherwise, he might be a Day 2 pick instead of a Day 3 or UDFA.

Another kid with great football acumen. At 6’2″, 227, Muse ran a 4.41 40 at the Combine but is not highly regarded as an NFL safety prospect. Mock drafters predict he’ll be a late Day 3 pick. I hope he is and Giants snag him with one of their four seventh round picks. He has a knack for creating turnovers and the physical nature of his game makes him a perfect fit in packages and on special teams.