2 cornerbacks the New York Giants could target in free agency 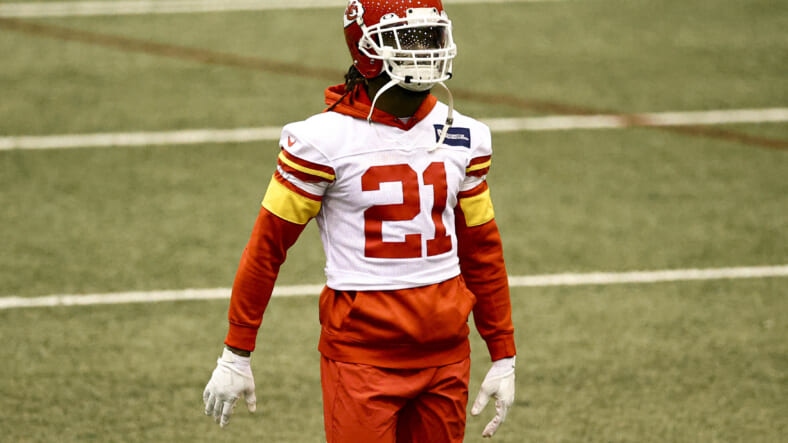 The New York Giants dealt with a significant issue at CB2 in 2020, with the rotation of Corey Ballentine, Ryan Lewis, and then Isaac Yiadom.

By the end of the campaign, Yiadom was the established starter, and considering he was a liability in coverage, it forced the Giants to play a predominant zone-coverage scheme to try and aid his side of the field. With James Bradberry opposite Isaac, the Giants were able to mask some of his deficiencies by providing safety help while Bradberry held his own against some of the leagueâ€™s top receivers.

However, if the Giants are able to find an adequate CB2 for the 2021 season, it will allow coordinator Patrick Graham to utilize more efficient blitzing schematics.

With the salary cap set at $182.5 million, the Giants donâ€™t have much room to work with, but there will be cost-efficient options on the market as FA progresses.

Two corners the New York Giants could sign on cost-efficient deals in FA:

Breeland is an interesting player who has bounced around the league a bit since his inception in 2014. At 28 years old, he spent time with the Washington Football team, Green Bay Packers, and Kansas City Chiefs. One thing to note about Breeland, heâ€™s played in two consecutive Super Bowls and has been consistent enough to garner some attention in free agency. He finished the 2020 season with a 69.4 overall coverage grade, allowing 481 yards and five touchdowns over the course of the campaign.

Breeland is an aggressive corner who also forced two interceptions last season, and I believe would be a cost-efficient veteran who can start immediately. Finding starting players in free agency will be easy this year, itâ€™s just a matter of how much they will demand on the open market. If the Giants can restructure a few contracts and open up some room, they could be players for a few spot holders.

Considering he earned just $3 million last season as a starter and heâ€™s entering a down market, the Giants might be able to scoop them up for half that price.

Another intriguing option is William Jackson of the Cincinnati Bengals. As a former first-round pick, Jackson hasnâ€™t lived up to his potential, but he earned an even better coverage greater than Breeland last season with a 72.4. Heâ€™s an efficient tackler and vastly underrated entering free agency.

While he did allow 537 yards, he played in every game and had a few efficient contests. With a coordinator like Graham and playing in the CB2 role, I believe Jackson could have a significant impact on the Giantsâ€™ defense.

Jackson is coming off his rookie contract, counting nearly $10M against the cap last year on his 5th-year option. You could argue heâ€™s coming off a down season, but I believe he will reach a multi-year deal with a team willing to spend. If the Giants signed him on a long-term deal, they could push the cap hit to next season and have their CB2 for the next three years.