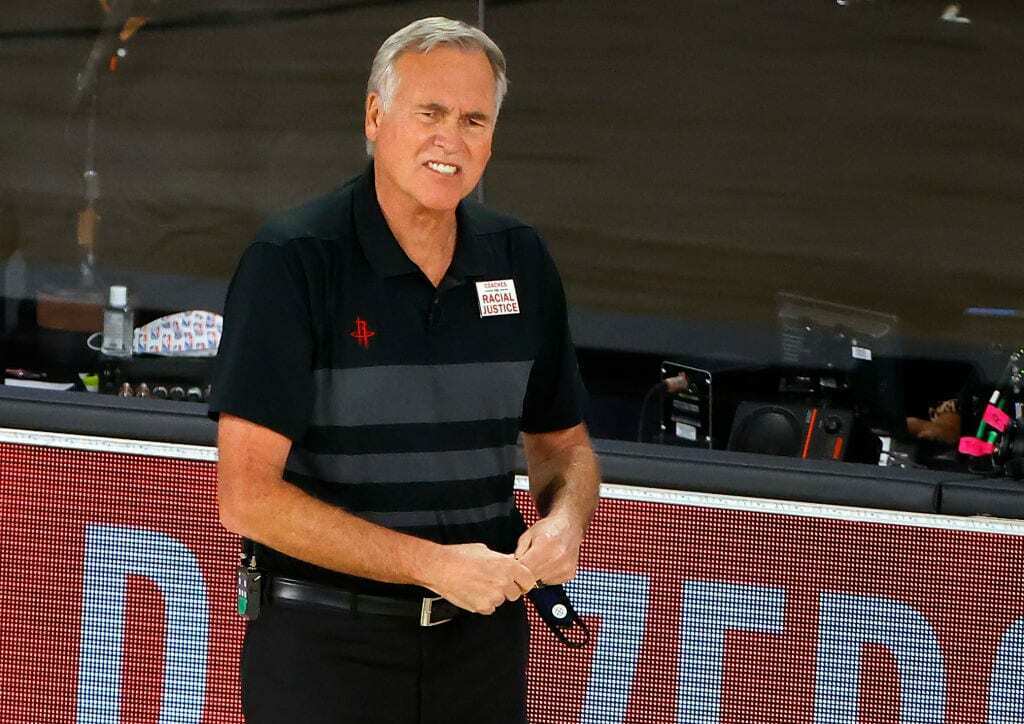 
Mike Dâ€™Antoni and Ime Udoka are finalizing deals to become assistant coaches under Steve Nash with the Brooklyn Nets, sources tell ESPN. Together, Dâ€™Antoni and Nash were the architects of the Seven Seconds or Less Offense with the Phoenix Suns in the mid-2000s.

The Nets shortly confirmed the hiring and released an official statement from Nash.

“We’ve assembled an experienced staff of high-character individuals with varied backgrounds, both on and off the court, that will help create a solid foundation for me and our players,” Nash said in the statement.

When I set out to build this staff, I wanted to put together a committed group that would connect with our players and help put them in the best position to succeed as a team. With coaching and playing experience at the highest level, and a deep background in player development, I’m confident that we’ve put the right people in place to lead us forward.

D’Antoni will bring the much-needed experience to aid Nash in his first season as an NBA head coach.

D’Antoni coached Nash and Amar’e Stoudemire, who earlier agreed to be part of the Nets coaching staff, in Phoenix in the mid-2000s. That Suns team revolutionized the NBA with their seven seconds-or-less offense that helped them reach the Western Conference Finals in 2006 against the Dallas Mavericks. Nash also played the best stretch of his career under D’Antoni winning back-to-back MVPs in 2005-06.

Nash hinted at D’Antoni’s hire during his virtual town hall on Tuesday.

â€œPeople talk about the Phoenix teams I played on, and this sort of revolutionary tone of how it impacted the game, but the truth be told, Mike Dâ€™Antoniâ€™s brilliance in much of that was he allowed it to evolve instead of getting in the way,â€ Nash said.

This is not the first time that a rookie head coach hires his former mentor to become his assistant. In 2013, Jason Kidd also sought his former coach Lawrence Frank during his first year as head coach, ironically, with the Nets. The partnership, though, quickly deteriorated and ended in an ugly falling out.

Meanwhile, Udoka will also get reunited with his former peers at San Antonio Spurs in Brooklyn. Udoka, Nets general manager Sean Marks and lead assistant Jacque Vaughn, and assistant coach Tiaggo Splitter have all been together in San Antonio at one point in the early part of the decade.

The Nets will be one of the favorites next season with their top players Kevin Durant and Kyrie Irving expected to return at full health.