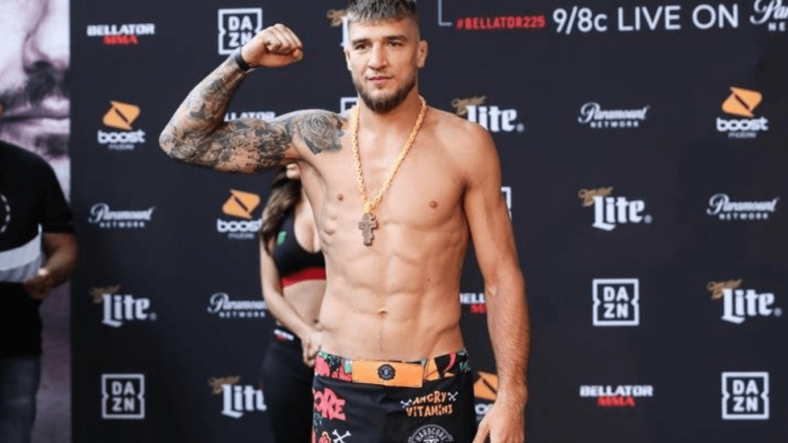 Today we learned that Bellator welterweight champion Yaroslav Amosov (26-0) will return in February when the promotion returns to Dublin, Ireland. The promotion announced that he will be facing off against interim champion Logan Storley (14-1) in a rematch from 2020.

The champion hasn’t fought since last June when he unanimously defeated Douglas Lima to become champion. Amosov was originally supposed to defend his title in May against Michael “Venom” Page. However, due to the conflict in Ukraine, Amosov withdrew from the fight and fought for his country.

Now, he’s ready to resume his fighting career and he faces a familiar foe. As mentioned above, these two first fought back in 2020 when both men were undefeated. It was a close fight, but Amosov won by split decision. Still the only man to defeat Logan Storley. Now, they are running it back at Bellator 291.

When Amosov pulled out of the MVP fight, Logan Storley stepped in to fight him for an interim title. Storley used his grappling to neutralize MVP and went on to win a decision to claim a piece of the welterweight title.

Now, he’s going to get the chance of a lifetime. There aren’t many opportunities for a guy to avenge his one career loss and become undisputed champion. Logan Storley has that opportunity at Bellator 291.

To do that, he’s going to have to defeat the best the promotion has to offer. It’ll be a big return for Amosov and it should be a very competitive matchup.