What’s next for Valentina Shevchenko after UFC 266? 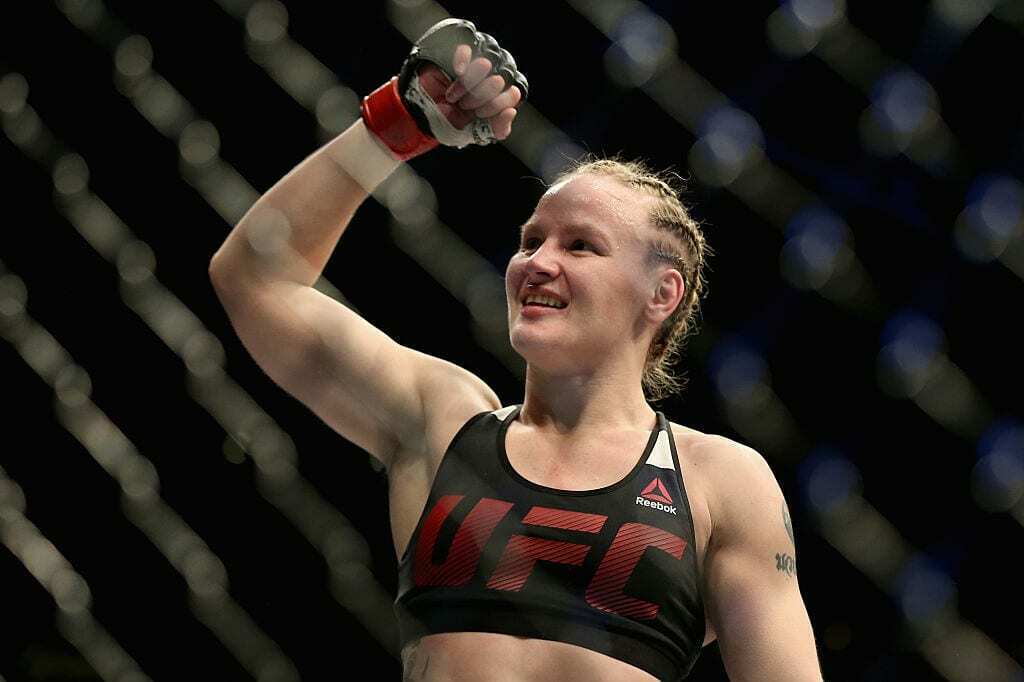 This past Saturday in the co-main event of UFC 266, Valentina Shevchenko (22-3) defended her flyweight title against Lauren Murphy (15-5). Murphy was not intimidated and really believed she could give the champion troubles on Saturday night.

However, Shevchenko maintained that this defense would be like all of the rest. She said that she would win no matter what at UFC 266 and walk out of the arena with the flyweight title.

Well, she was right again. UFC 266 was another one-sided fight from Valentina Shevchenko. Shevchenko never allowed Murphy to get off any offense throughout the evening. I think you could count on both hands how many strikes Murphy landed in the fight.

There is nobody in the UFC’s flyweight division that can compete with Valentina Shevchenko. It’s very clear that nobody even has a prayer against her out of the options for her.

Amanda Nunes (21-4), rightfully so, is considered to be the greatest of all time. However, she’s been pushed in fights. We’ve seen Germaine De Randamie have success against Nunes.

But the biggest challenge Nunes has ever faced is Shevchenko. These two have fought twice before the UFC started the flyweight division. Shevchenko is smaller, but that didn’t really matter in their fight.

The first fight, it was clear that Nunes won. However, the second fight generated a lot of controversy. Nunes edged Shevchenko by split decision at UFC 215, but the world has been split on that fight. 20 media members scored the fight and they were perfectly split 10-10.

Personally, I scored the fight for Shevchenko. While it’s not popular to say, I think Shevchenko is the best overall female fighter in the UFC and I believe it’s time to set up the third fight between these two.

Now, Nunes has to win her fight in December against Julianna Pena. However, let’s be real, she’s not losing to Julianna Pena. After she wins, it’s time to book the trilogy. This is the fight every one wants and it’s the fight that should happen to truly determine who’s the best in the world.