What’s next for Dustin Poirier after big win at UFC 281? 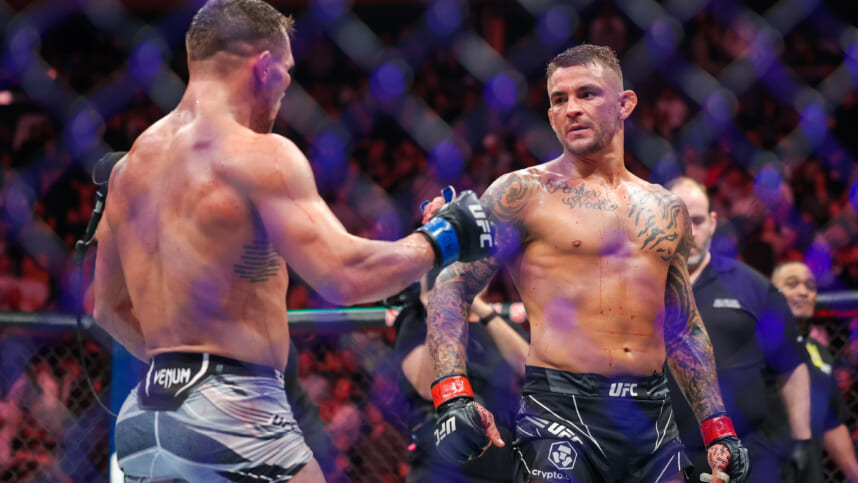 This past Saturday night on the main card of UFC 281, we saw a lightweight showdown that we’ve been waiting months for. Former interim lightweight champion Dustin Poirier (29-7, 1 NC) made his first appearance of 2022 as he took on former title challenger “Iron” Michael Chandler (23-8).

Entering the bout, I personally thought Chandler needed to lean heavy on his wrestling. I figured with Poirier’s crisp boxing, Chandler would be in trouble on the feet. However, in the first round, Chandler was able to hurt Poirier bad on the feet.

In fact, Poirier said that if Chandler threw straight shots, he likely would’ve been out in the first round. But Poirier weathered the storm. Near the end of the first round, Poirier turned things around in a big way rocking Chandler multiple times and nearly finishing him.

The second round saw Chandler take Poirier down and control him for nearly the entire round. In the final round, the fight ended up on the ground again, but Poirier secured Chandler’s back. He was able to lock up a rear naked choke and get a big submission win at UFC 281.

Dustin Poirier once again proved that he’s at the very top of the lightweight division with this latest win. In reality, he would be in title contention if Alexander Volkanovski wasn’t already booked to face off against Islam Makhachev next February.

So, Poirier is likely going to need another win. There is one fight out there that seems perfect for The Diamond. In my opinion, the right fight to make is Poirier against Beneil Dariush. Dariush is another guy who should be in the title conversation right now.

Given his winning streak, he should’ve earned a title shot already. However, he’ll need one more win and I think there’s no one better for him to test himself against than Dustin Poirier. Perhaps you put their fight on the main card with the winners facing off in the summer.