UFC’s Ricardo Lamas comfortable walking away from the sport 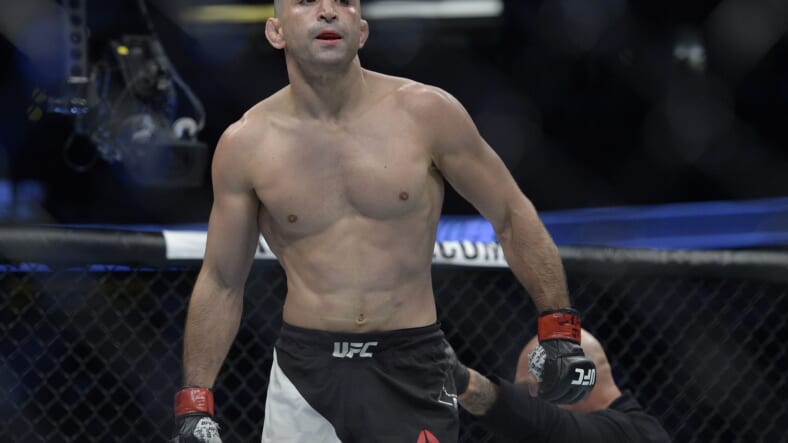 The Bully won against Bill Algeo (13-5) in a fight that won Fight of the Night. Lamas shocked some when he announced after the fight that it might be the last time UFC fans see him inside the octagon. Lamas seemingly confirmed he would be walking away in an interview with MMA on SiriusXM.

?"The more I think about that last fight and everything that happened…the more I couldn't make a more perfect time to leave the sport and kind of leave my legacy where it's at" – @RicardoLamasMMA discusses his #UFCVegas8 post-fight retirement comments with @jimmysmithmma? pic.twitter.com/kotoppAcOI

Lamas did point out in his interview that he never became a UFC champion. However, he’s comfortable walking away because he did accomplish good things in this sport despite never being a champion. He’s been a top contender for years.

Lamas is 11-6 in his 17 fights inside the UFC. While the record is not the best, his losses have come to some of the very best in the business. His losses include: Jose Aldo, Max Holloway, Calvin Kattar, Chad Mendes, and Josh Emmett.

All of those men are either former UFC champions or top UFC contenders. Lamas has some very quality wins on his resume including: Charles Oliveira, Cub Swanson, Diego Sanchez, and Dennis Bermudez. Not a hall of fame resume, but one that attests to the fact that Lamas was a very good fighter.

Lamas is going out on his terms, and I respect that. He hopes that his legacy will be the impact he has on his Cuban community. He stated in his interview with SiriusXM, “With my post-fight speech, if I can be one tiny spark that sparks the fire to bring down the dictatorship in Cuba, that’s worth more than ten world championships.”