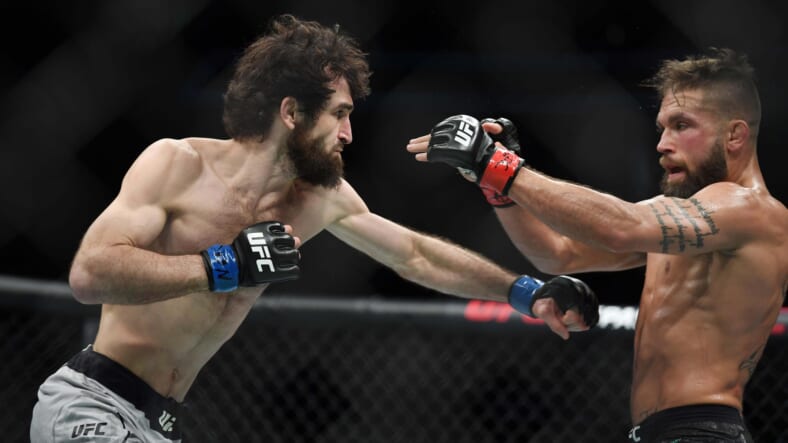 One of the best featherweights in the UFC might have to call it a career. Zabit Magomedsharipov (18-1) has been out of the octagon since November of 2019 and was recently removed from the UFC‘s featherweight rankings.

Prior to his absence from the octagon, Magomedsharipov looked like he was a future champion. Magomedsharipov had all the skills you would need to be a champion from his grappling to his unique striking.

The Dagestan native had gone a perfect 6-0 in the UFC with wins over Jeremy Stephens and Calvin Kattar prior to his lengthy layoff. Magomedsharipov was scheduled to face off against Yair Rodriguez last August. However, that fight fell through when Rodriguez suffered an ankle injury.Â

What’s next for Magomedsharipov and the UFC?

For now, the primary concern is getting Magomedsharipov healthy. Magomedsharipov might have to undergo surgery to try and fix some of the issues he’s having and that will give him an idea of if he can resume his UFC career.

Zabit was knocking on the door of a title shot prior to all of this happening. His managers had been stating that he wanted to be next for the title, however, he was behind Max Holloway and Brian Ortega in the pecking order.

Magomedsharipov has long been linked to Yair Rodriguez, but that fight has fallen through every time it was booked. Now, Rodriguez is fighting Max Holloway in what appears to be a UFC title eliminator.Â

Obviously, there’s no telling when Magomedsharipov will be able to return. Upon his return, I would give him someone in the top ten, but I wouldn’t rush him right back to the top. It’s going to be a while before we see Zabit challenge for a UFC title if he is able to resume his career.