UFC: What’s next for Fabricio Werdum? 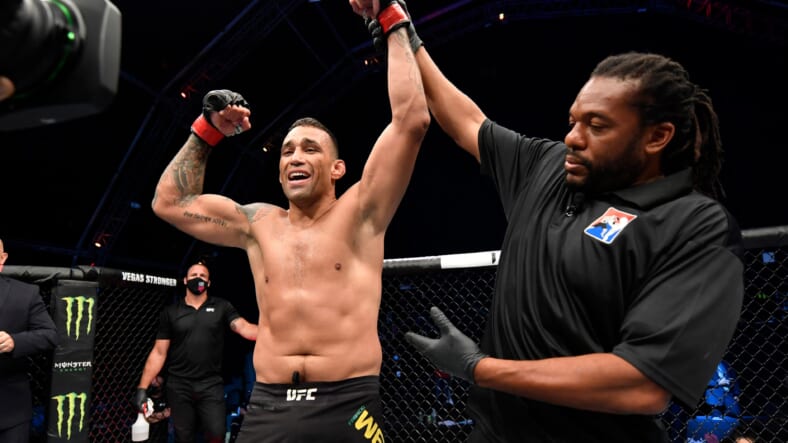 Last night, Fabricio Werdum (24-9-1) turned back the clock at UFC Fight Island 3. Many (including myself) were doubting the former heavyweight champion ahead of his fight with Alexander Gustafsson.

Werdum returned back in May and looked horrendous against Alexey Oleynik. Werdum was on the final fight of his UFC contract, and he fought like a man with something to prove last night.

Werdum was able to get Gustafsson’s back early and submit him with an arm bar. A huge win for Werdum who will now enter MMA free agency.

The former UFC champion has recently indicated that he would be walking away from the promotion after last night. Werdum’s legacy is secure inside the UFC after he defeated Cain Velasquez for the heavyweight title at UFC 188.

The logical career move for Werdum would be to go to Bellator MMA. There is no path forward for Werdum inside the UFC‘s heavyweight division. However, Bellator would welcome him right to the top of the division.

Bellator’s heavyweight division lacks star power, Werdum is still a big name. Assuming Werdum makes the jump to Bellator, I wouldn’t be shocked if they gave him the heavyweight champion, Ryan Bader, in his first fight.

Bellator usually likes to push the UFC vets they sign immediately due to the drawing power. Especially former UFC champions that sign with the promotion. No matter what, Werdum can walk away from the promotion with his head held high after last night’s performance.