UFC: What to make of Kevin Holland’s “retirement” 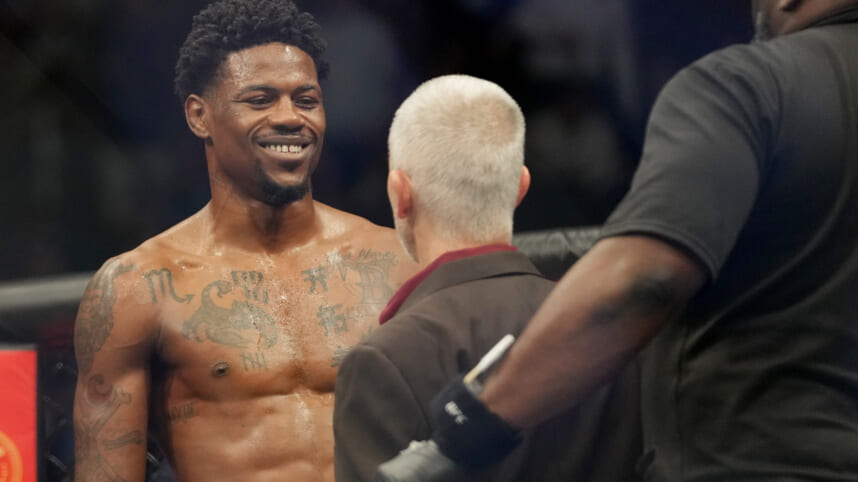 A few days ago, one of the more charismatic fighters in the UFC announced his retirement via his Instagram. Kevin Holland (23-8, 1 NC) announced that he was retiring at 30 and he wanted to hear suggestions regarding his next career.

Holland just fought a couple of weeks ago at UFC 279 against Khamzat Chimaev. Now, that was not the opponent Holland was originally supposed to face. Holland was supposed to take on Daniel Rodriguez. However, after Chimaev’s massive weight miss, the promotion shifted the card.

They asked Holland if he would fight Chimaev who he had backstage beef with. Holland accepted the fight and the rumor is that he got a handsome pay raise to take on the dangerous Chimaev. Chimaev ended up running through Holland and submitting him in the first round.

After the fight, Holland expressed interest in fighting a striker before the year was over. However, this post seemingly indicated that he was hanging up the gloves for good. So, is Kevin Holland really retiring?

Is Holland gone from the UFC?

Want to start out by saying that I don’t know Holland personally and I have no insider sources tied to this situation. This is strictly from my gut and my feeling based on situations I’ve seen in the past.

My gut tells me that there is no way that Kevin Holland is done. I cannot see Holland walking away from the sport when he hasn’t even turned 30. Did he get a big paycheck for his part at UFC 279? Of course he did.

However, I don’t see it being enough for Holland to walk away. We’ve seen fighters retire and un-retire all the time. This is not Khabib Nurmagomedov we are talking about. This is Kevin Holland and this retirement aligns more with Conor McGregor’s retirement years ago that lasted about 10 minutes.

I think we will see Holland back with the UFC in early 2023. The promotion will give him a more favorable matchup and fans will definitely want to tune in.