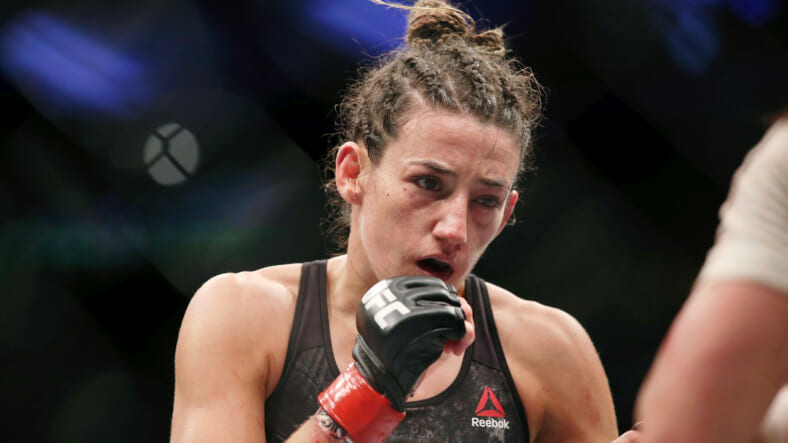 Tomorrow night in the headliner of UFC Vegas 64, we are going to see a potential title eliminator in the strawweight division. Top contenders Marina Rodriguez (16-1-2) and Amanda Lemos (12-2-1) will battle it out with a potential title shot on the line.

For Rodriguez, she’s going for her fifth straight victory. Her last loss came against Carla Esparza and that was a split decision loss. Still, the lone loss in her UFC career. She’s hoping to get back to Esparza or whoever finds herself the strawweight champion after next weekend.

However, standing in Rodriguez’s way is fellow Brazilian Amanda Lemos. Lemos is a complete powerhouse and one of the more powerful strikers in the division. Lemos lost her UFC debut, but then she won five straight fights.

A loss to Jessica Andrade followed that winning streak, but she bounced back strong with a win over Michelle Waterson-Gomez. Now, she’s looking to end Rodriguez’s winning streak and secure a shot at the strawweight title.

I think we are going to see a highly technical battle on the feet tomorrow night. Both fighters have their advantages which should make for a very close fight. For Lemos, she’s more powerful and explosive with her striking.

For Rodriguez, she’s a little more precise and she has sensational volume. So, which will win out over the course of five rounds? To be completely honest, I really like Marina Rodriguez in this matchup.

Rodriguez has five-round experience in the UFC and I think she’s going to maintain a steady pace throughout five rounds. I could see Lemos winning the first round or two with more powerful shots, but over the course of five rounds, I like Marina Rodriguez to get it done and secure a title shot.