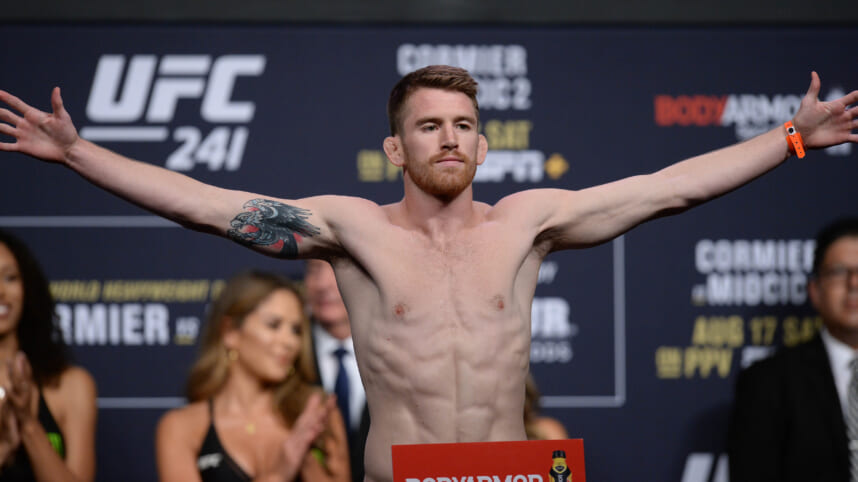 Tomorrow night in the headliner of UFC Vegas 60, we are going to see a pivotal matchup in the bantamweight division. Former interim title challenger Cory “The Sandman” Sandhagen (14-4) takes on the surging Song Yadong (19-6-1).

It’s crazy to think the amount of experience that Song Yadong has in the UFC despite his age. Song will turn 25 at the end of this year, however, this will already be his 11th fight inside the octagon. Thus far, he’s gone a very impressive 8-1-1 in ten fights.

Some of the notable wins include a split decision win over Chito Vera and a knockout win over Marlon Moraes. The Moraes knockout was his latest win and that came back in March. Currently, he’s riding a three-fight winning streak.

Standing in his way tomorrow is a man that many believe is destined to become a UFC champion. Cory Sandhagen started his UFC career a perfect 5-0 before he ran into Aljamain Sterling. Sterling was able to choke Sandhagen out to give him his first loss inside the octagon.

Starting with that fight, he’s just 2-3 in his last five. However, his three losses have come against former champions and the current champ. The two wins were sensational knockout wins. That being said, he enters the octagon tomorrow having lost two in a row to TJ Dillashaw and Petr Yan.

This is truly going to be a very entertaining fight to watch and I think fans definitely should be tuning in. These are two of the very best contenders in the division and I think we are in for a standup war. For Cory Sandhagen, he’s going to look to keep the fight at his range.

Sandhagen has sensational range attacks from flying knees to his kicks. He also has lengthy punches that he mixes in well with his footwork. He’s a very difficult puzzle to solve that only the very best in the world have solved thus far.

Song Yadong on the other hand is really coming into his own. His boxing is incredibly crisp and his hands are very fast. If this fight stays in more of a boxing range, Song can give Sandhagen issues with his fast and crisp combinations.

I think you’ll see both men win multiple rounds tomorrow. However, I think the fight will be decided in the main event rounds. That’s where Sandhagen’s experience and cardio is going to play a big factor. In the end, I have Cory Sandhagen edging out Song at UFC Vegas 60 to get back in the win column.