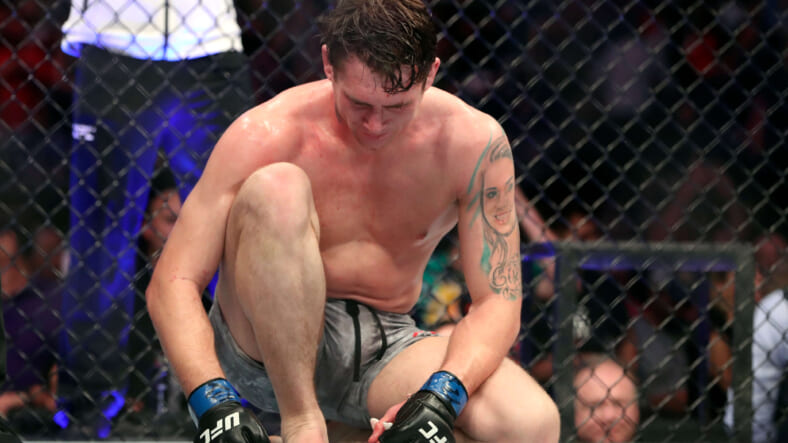 Tomorrow night in the headliner of UFC Vegas 36, we have a battle of top ten middleweights. Derek Brunson (22-7) will be looking to continue his winning streak as he takes on the popular Darren Till (18-3-1).

Brunson will be looking for his fifth straight win in the UFC tomorrow night. His career really started to turn around when he made the move to Sanford MMA a couple of years ago.

Back in 2018, Brunson was knocked out by Israel Adesanya. However, since that knockout loss, Brunson has rattled off four consecutive wins including wins over Ian Heinisch, Edmen Shahbazyan, and Kevin Holland.

Standing in his way tomorrow is Darren Till. A few years ago, Till was unbeaten and looked like he was going to be a UFC welterweight champion. He got his shot at the 170 pound title in 2018. However, since that fight, he’s just 1-3.

After a knockout loss to Jorge Masvidal, Till moved up to middleweight. He won his first fight against Kelvin Gastelum, but lost a decision to Robert Whittaker last July. He’s been out win injuries since then which has caused the longest layoff in his UFC career.

What makes the UFC Vegas 36 main event difficult for me is Derek Brunson. When I look at Derek Brunson the fighter, there’s really nothing about him that blows me away. Over the last few years, I find myself picking against him in almost every fight.

He doesn’t have good striking, he doesn’t chain things together well, and he doesn’t have the best chin. All that being said, he continues to prove me wrong and he’s continued to win. However, can he do that at UFC Vegas 36.

In this matchup, I really like the style of Darren Till. I believe Till is going to be able to hurt Brunson on the feet and I do think he can keep the fight up enough to do damage. That said, I think Brunson will be able to get some takedowns in here and there.

I think this fight is ultimately going to get stopped. In the third round, I expect a sloppy shot from Brunson is going to be met with a flush counter from Till. In Till’s UFC return, I’m expecting a statement finish. Then again, Brunson has a habit of proving me wrong.

Prediction: Darren Till by TKO – Round 3