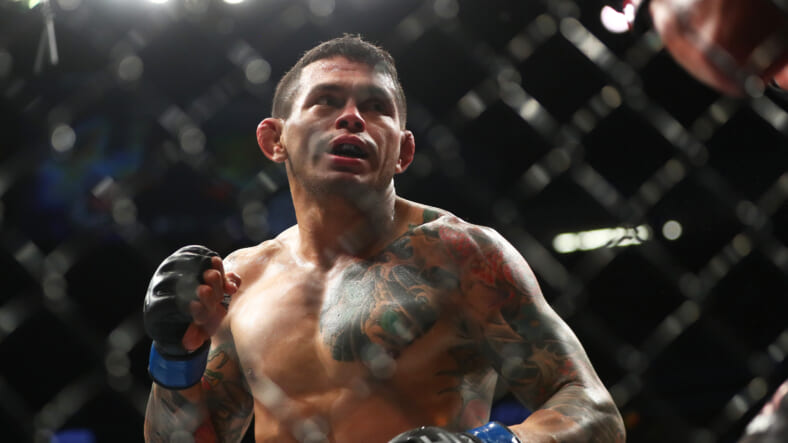 Kicking off the main card of UFC Vegas 18 is a banger in the lightweight division. Top 15 lightweights will battle it out in a rematch as Diego Ferreira (17-2) takes on Beneil Dariush (19-4-1).

The two of these men originally fought back at UFC 179 in 2014. That night, Dariush was able to pickup the unanimous decision. Dariush will carry a five-fight win streak into UFC Vegas 18.

It’s not just that Dariush has won five in a row, but it’s the fact that he’s finished four of those fights that’s been impressive. Dariush is one of the most underrated lightweights in the UFC.

The division is so stacked that people often forget about him. However, he’s banging on the door of the top ten and he has a good matchup in front of him to get him through that door. However, Diego Ferreira is not the same guy he was almost seven years ago when they first fought.

Like Dariush, Ferreira will also carry a win streak into UFC Vegas 18. However, Ferreira has won six in a row. Ferreira’s first career loss came against Dariush. After that fight, he was knocked out by Dustin Poirier. However, he hasn’t lost since then.

The win streak that Ferreira is on has been incredibly impressive. He’s defeated the likes of Anthony Pettis, Rustam Khabilov, and Mairbek Taisumov. Ferreira is so much better than he was when they first fought, but has he closed the gap enough since UFC 179?

The odds for this lightweight matchup at UFC Vegas 18 are essentially a toss-up and for good reasons. Both of these lightweight contenders are carrying in a ton of momentum and both are incredibly talented.

When looking at the two of them, I believe that Dariush has more advantages. Ferreira has looked sensational in his last few fights, however, I’m not sure he has the striking style to beat Beneil Dariush.

Dariush is very good with striking from range and he carries a ton of power in his hands. Ferreira is more of a volume guy and he’s very square when he closes the distance which could be a problem against a guy like Beneil Dariush.

Another problem Ferreira is going to have is in the grappling. We’ve seen his pressure-like style chained together with his grappling frustrate opponents. However, that’s not going to be as effective in a fight against the better grappler in Dariush.

When these two meet at UFC Vegas 18. I see Dariush getting his hand raised. Overall, he’s the better striker and he showed in the first fight that he can out-grapple Ferreira. I believe he will still hold those advantages and I actually believe we will see a fifth straight Dariush finish tomorrow night.

Prediction: Beneil Dariush by TKO – Round 3