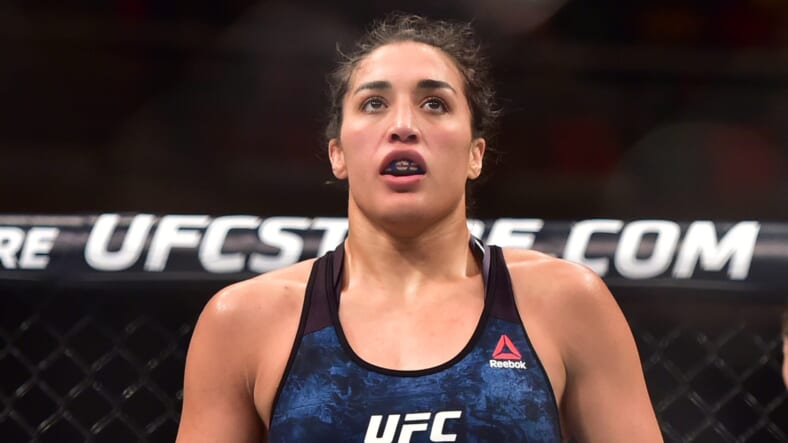 One of the top women’s prospects in the UFC is getting ready to make her return. After more than two years away from the octagon, Tatiana Suarez (8-0) has been cleared to make her UFC return.

Before a string of injuries, Suarez was being looked at as a future champion. The 30 year old last competed at UFC 238 when she defeated Nina Nunes by Unanimous Decision.

Prior that that win, Suarez had stoppage victories over Alexa Grasso and former UFC champion Carla Esparza. She was one of the top strawweights in the world prior to a string of bad luck and injuries.

After her last fight, Suarez had been dealing with a recurring bulging disc in her neck. This is the main thing that kept her out for over a year and a half. She was then cleared to resume training back in February.

However, the top UFC prospect then suffered a concussion and broke her hand while wrestling with her boyfriend. These injuries further delayed the return of Suarez.

However, Suarez told ESPN’s Ariel Helwani today that she’s been cleared and she’s targeting a September return. Suarez also told Helwani that she will be switching weight classes upon her UFC return.

The top contender said that she would be moving up to flyweight when she makes her UFC return. Suarez said, “Maybe if I’m not cutting too much weight at all, I’ll be a little more stronger and explosive.”

Valentina Shevchenko (21-3) has completely dominated the division with no challenges. Suarez could provide a strong challenge to the queen and that is something that Suarez is already thinking about.

“I do think I have a good skill set in terms of my wrestling that can give her (Shevchenko) trouble,” Suarez said.