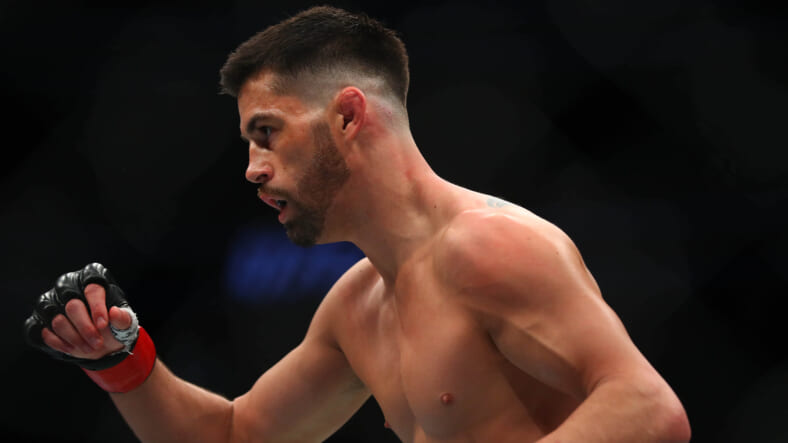 Tomorrow night in the headliner of UFC San Diego, we are going to see a pivotal matchup in the bantamweight division. Former bantamweight champion Dominick Cruz (24-3) is back as he takes on surging top contender Marlon “Chito” Vera (21-7-1).

For Dominick Cruz, he’s trying to climb the mountain one more time and become UFC champion. If he’s able to defeat Chito Vera, he will have won his third in a row which would put him in prime position to challenge for the title.

The last time we saw him was at UFC 269 when he defeated Pedro Munhoz. After a tough first round, Cruz came back strong and got the decision win. One month prior to that event was UFC 268 where Chito Vera scored a highlight reel knockout over Frankie Edgar.

That win was Vera’s second straight win and led him to a UFC Fight Night main event against Rob Font. While Font landed throughout the night, Chito Vera busted him up with huge shots. Damage was massive and Chito got his third straight win leading him to this fight against the former champ.

When it comes to the UFC San Diego main event, I think a lot is going to come down to Father Time. Dominick Cruz is 37-years-old and he hasn’t fought a guy like Chito Vera since he fought Cody Garbrandt way back at UFC 207 nearly six years ago.

Who is Dominick Cruz? Dominick Cruz is someone who is going to use his movement and unorthodox footwork to befuddle opponents while he pieces them up. Potentially tying in takedown attempts to really keep his opponents honest.

In the Munhoz fight, we saw Cruz use that movement to land shots from weird angles. I see Cruz landing shots on Chito Vera at UFC San Diego. In fact, I think Cruz is going to look really good in the first round or two until Chito really gets going.

Eventually, Chito Vera is going to get going and when he does, it’s going to be bad for Dominick Cruz. Cruz got hurt by Pedro Munhoz and I think he’s going to get hurt by Chito Vera. I’m seeing a fourth round stoppage for Chito Vera which will get him one step closer to a UFC title shot.

Prediction: Chito Vera by TKO – Round 4