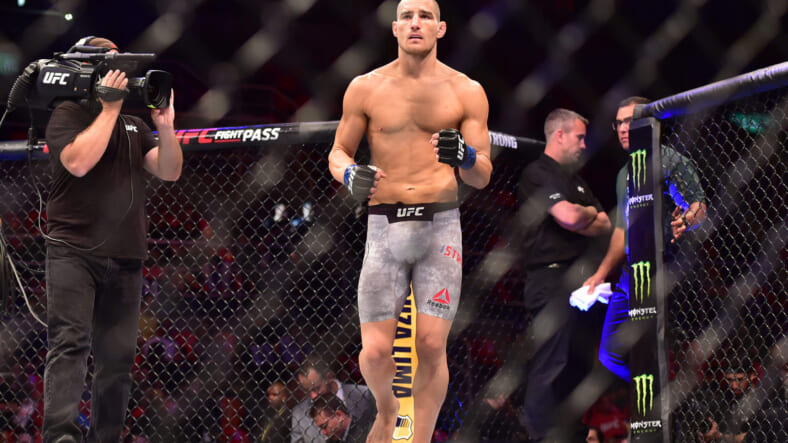 The UFC has rebooked a middleweight headliner that was originally supposed to take place next month. Helen Yee confirmed with Sean Strickland (25-4) that the UFC has finalized December 17th as the date where he’ll take on Jared Cannonier (15-6).

Well, the last two men who fought both of those guys were Jared Cannonier and Sean Strickland. Both fights took place at UFC 276. Strickland got his shot against the elite kickboxer Alex Pereira.

While seemingly having a big grappling advantage, Strickland decided to stand with Pereira. Proved to be a terrible idea and Strickland got knocked out in the first round. That was his first loss in the middleweight division.

Prior to that loss, Strickland had won five straight fights to get him in title contention. Getting a fight with Cannonier keeps Strickland right in the title picture and gives him a good shot to stay close to the UFC title.

Cannonier was just a step behind all night and never could land anything significant. The champion did an excellent job of keeping Cannonier at his range and preventing him from doing serious damage. Cannonier had moments, but not enough to come close to victory.

This is a huge fight for the middleweight division. Whoever wins stays right in the title picture while the loser takes a massive step back.