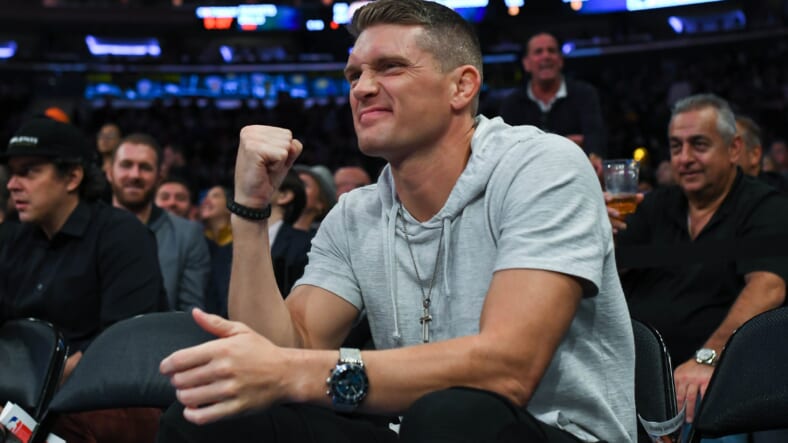 UFC Orlando on December 3rd now has it’s main event and it features a fighter who shockingly declared his retirement recently. Kevin Holland (23-8, 1 NC) announced that after his last pay day against Khamzat Chimaev, he would be hanging up the gloves for good.

He also recently said that he would only end the retirement if something big came up. Well, not sure the timing of everything, but the UFC offered him a headliner against a man he’s wanted to fight. That man is former welterweight title challenger Stephen “Wonderboy” Thompson (16-6-1).

Kevin Holland was originally supposed to face Daniel Rodriguez at UFC 279. That was a great fight for him featuring him taking on another striker. However, after the fiasco that took place, he got paired with Khamzat Chimaev and the fight didn’t last long at all.

Holland has become one of the more popular fighters in the promotion so it was a shock when he said he was walking away. Maybe he was doing this just to get the fight he wanted. Not sure, but he’s wanted the Wonderboy fight for a while and now he has it.

The last couple of fights haven’t been great for Wonderboy. He was paired against Gilbert Burns and Belal Muhammad. Both men used their grappling to win decisions against Thompson and this is something that really frustrated the former title challenger.

Much like Holland, he wanted to fight someone that would stand and trade with him. Well, now he has that opponent in Kevin Holland. Make no mistake about it, these two men are going to stand and trade. They will also have a lot of fun in doing so.

This is a great main event for UFC Orlando and fans should be pumped about it. Two fan favorites who both need a win and both want to put on a show.