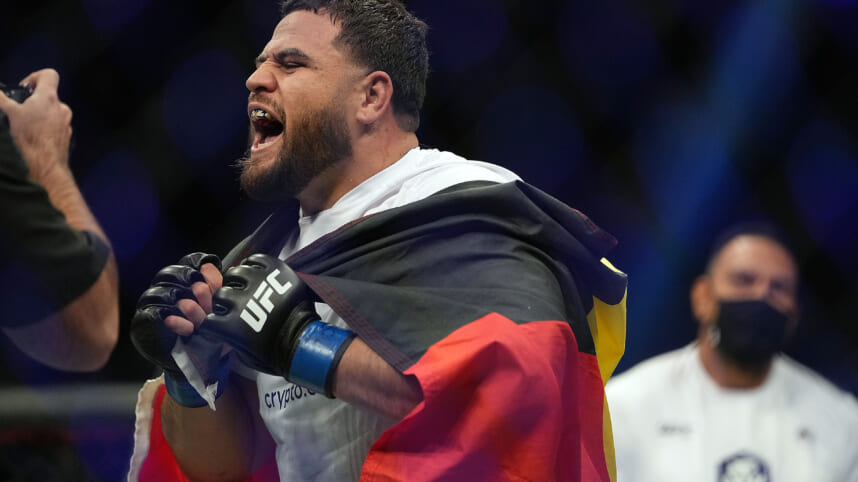 UFC Orlando just got a banger of a heavyweight matchup for the co-main event. MMA Junkie was the first to report this morning that the promotion is finalizing a matchup between “Bam Bam” Tai Tuivasa (15-4) and Sergei Pavlovich (16-1).

For Pavlovich, this is his opportunity to get into title contention. The last time we saw Pavlovich was back at UFC 277 when he took on Derrick Lewis in Texas. That night, Pavlovich was able to score the TKO win in the opening minute although the stoppage was questionable.

Nevertheless, it goes in the books as a TKO win for Pavlovich. It was his fourth straight win. He made his UFC debut back in 2018 and lost to former title challenger Alistair Overeem. Since then, he’s gone 4-0 finishing all four opponents in the first round.

Tai Tuivasa is going to be looking to bounce back when he meets Pavlovich in December. We just saw Tuivasa fight at UFC Paris where he met former interim champion Ciryl Gane. That night, Gane was a step ahead and scored the TKO win. However, Tuivasa did drop and hurt Gane bad in the second round.

The loss snapped a five-fight winning streak for Tuivasa that saw him get five straight finishes. Now, he will get his chance to get right back into the title hunt with this tough battle against Pavlovich.

This should be a banger of a matchup and my hunch is that we are not going to need the judges for this one. When these two lock up, don’t blink.