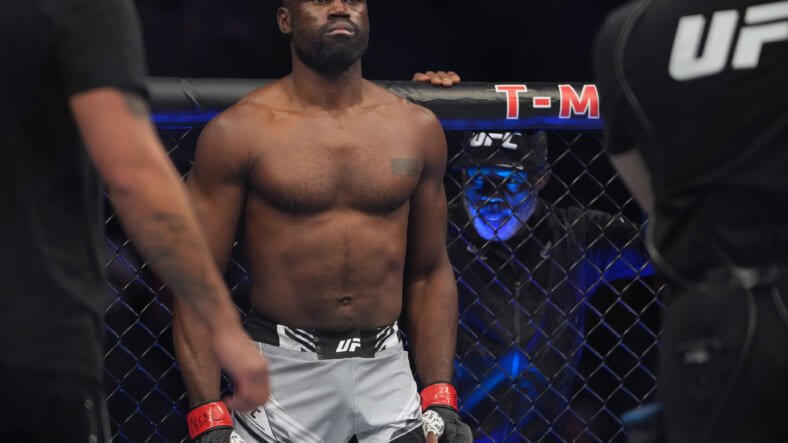 The UFC‘s 12th ranked middleweight and former Ultimate Fighter runner-up is calling it a career. In the early hours of the morning “Primetime” Uriah Hall (17-11) announced on his Instagram that he would be retiring from mixed martial arts.

“It is with great sadness that I will be stepping away from the greatest sport in the world. I’m going to miss the incredible UFC staff that has became like family and the mentors I have met along the way. The UFC has given me the Best opportunity to step completely outside my comfort zone. Throughout the years I’ve gone up against some of the best in the world at the highest level. Although I did not achieve the rank of world champion i’ve acquired some of my greatest achievements from mixed martial arts and that was facing my fears and being a champion in life. I want to thank the incredible fans, you guys made the sport what it is today. It is important to have the right people around you that care for you and encourage you to become a better version of yourself. I want to thank my team my coaches my friends and my family always standing by me. You all have been the driving force that encouraged me daily. Lastly, I want to specifically thank Dana White for giving me the opportunity to collide with modern day gladiators. Thank you for always supporting me thru the good and the bad…To the next generation you are the top 1% greatest athlete’s on the planet. Will be a pleasure to watch where you all take this sport from here. I will be watching! Goforth”

The last time we saw Hall was at UFC 276 when he lost to Andre Muniz. It was the second straight loss for Hall who also lost a decision to Sean Strickland last year. When looking at Hall’s UFC career, it’s one of a guy who had so much potential who never quite lived up to the hype.

When he was on The Ultimate Fighter, many thought and were convinced he’d be a future champion. However, inside the octagon, he always failed to pull the trigger and show off his killer instinct. That being said, he still had some big wins in his UFC career.

His notable wins include Anderson Silva, Chris Weidman, and Gegard Mousasi. When Hall was on The Ultimate Fighter, he had some of the greatest knockouts you’ll ever see. Of course, the highlight being his devastating spinning wheel kick that still gets replayed today.

Hall would go on to lose to Kelvin Gastelum in the TUF finals. His UFC career got off to a slow start and he never had sustained success. He had some really good wins sprinkled throughout his career, but never quite got into title contention. The greatest run of his career came last year when he won four straight.