UFC needs to force Aspen Ladd to featherweight or release her 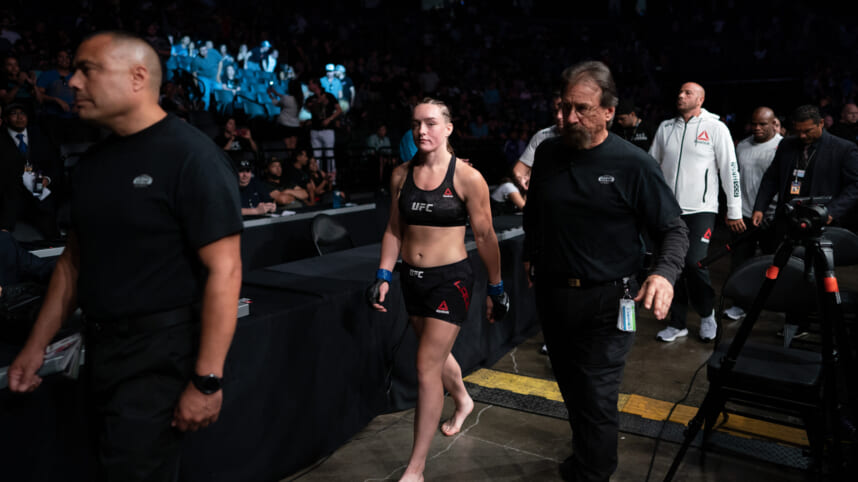 This past weekend at UFC Vegas 60, we were supposed to see a battle of top ten bantamweights on the prelims. Former title challenger Sara McMann (13-6) was set to take on former top contender Aspen Ladd (9-3).

Prior to that fight, Ladd had a scary moment on the scale. Ladd was shaking and almost had to be held up in order to make 135 pounds. Since that point, Ladd has had a ton of trouble making the weight. Ladd said early last week that she wouldn’t have any issues making the bantamweight limit. However, that proved to be not the case.

After an initial period where it wasn’t clear, the promotion announced that the fight was off. This is now the second fight in less than 12 months that Ladd has seen cancelled the day of weigh-ins. Simply put, the promotion cannot depend on her to make bantamweight again.

To me, the UFC has two choices. Either they need to release Ladd or force her to move to bantamweight permanently. The promotion cannot let Ladd cut weight to 135 anymore. It’s not good for her health and the UFC cannot bank on her making the weight.

If she refuses to move up, you have to release her. It might sound harsh, but these are professional athletes and they need to be held accountable.