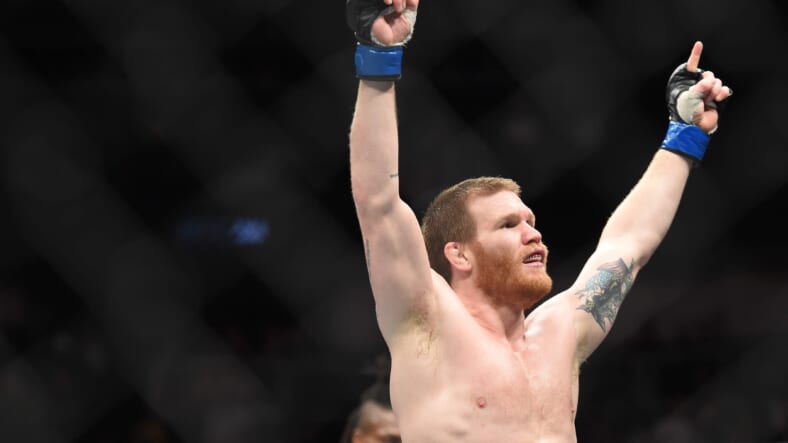 The UFC is close to finalizing a fight that was supposed to take place earlier this year. Per MMA Junkie, lightweights Matt Frevola (8-1-1) and Roosevelt Roberts (10-2) are scheduled to fight on September 12th.

These two men were originally supposed to fight back in April, but of course, the UFC schedule got screwed up with the pandemic. Finally these two men are ready to square off. While Roberts, says there’s nothing personal, he see’s red when it comes to Frevola.

UFC Lightweights looking to break through

After Roberts beat Brok Weaver at UFC on ESPN 9, he said that he just wants to go up and start fighting Frevola whenever he sets his sights on him. The cancellation of their April fight was frustrating for Roberts.

While it was frustrating for Roberts, 2020 has been very frustrating for the UFC‘s Frevola. The Steamrolla was set to fight Roberts in April, but that got pushed. Then he was supposed to fight in June, but a cornerman’s positive COVID test cancelled that fight.

Because of these cancellations, it’s been almost a year since Frevola has made the walk in the UFC. After fighting to a draw with Lando Vannata at the end of 2018, Frevola had a solid 2019 with two wins over Luis Pena and Jalin Turner.

Roberts made a big statement with his win over Brok Weaver in May. He turned around three weeks later to fight Jim Miller and that fight didn’t go well. Miller locked up an arm bar early to submit Roberts.

This is a big fight for both of these lightweight contenders. A win for either man should get them closer to getting a top fifteen opponent inside the UFC‘s lightweight division.