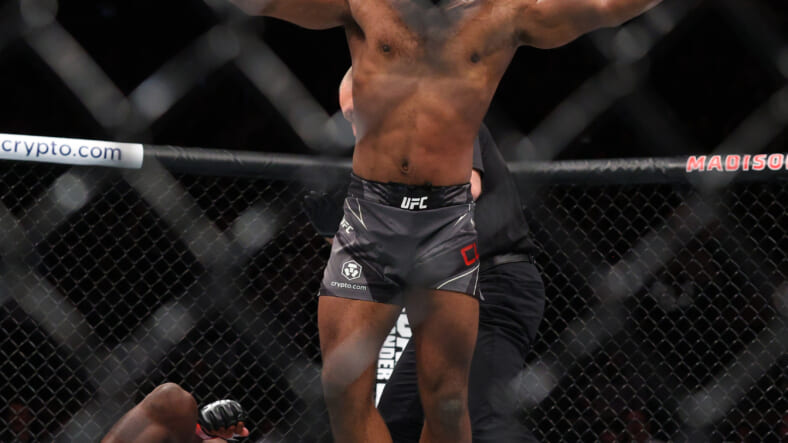 Tomorrow in the co-main event of UFC London, we are going to see a middleweight matchup where one man has a golden opportunity. Top ten contender Jack Hermansson (22-7) is set to take on “The Action Man” Chris Curtis (29-8).

Originally, Hermansson was supposed to take on England’s own Darren Till. However, Till suffered an injury and was forced to pull out of UFC London. Now, Chris Curtis gets the biggest opportunity of his career.

Just a few years ago, Curtis was thinking of retiring after a rough night in the PFL. However, five straight wins on the regional circuit go him a chance with the UFC. He hasn’t looked back since going 3-0 with wins over Phil Hawes, Brendan Allen, and Rodolfo Vieira.

Now, he gets the biggest test of his career against Jack Hermansson. The Joker appeared to be heading for a UFC title shot just a few years ago. However, he’s hit a recent stretch where he’s just 2-3 in his last five. He’s looking to bounce back tomorrow after a loss to Sean Strickland.

This is such an interesting matchup and it’s actually a good matchup for Chris Curtis. Curtis has cardio for days and he has tremendous takedown defense and he’s going to need it when he takes on Jack Hermansson.

With Hermansson, it’s no secret as to what his UFC London game plan is. He’s going to want to take Curtis down and submit him. If he tries to strike for long periods of time, he’s going to get out-boxed by The Action Man.

I’m expecting at some point Hermansson to land a takedown. However, I don’t think he’s going to keep Curtis down for long. I actually really like Chris Curtis at UFC London. I just think the boxing is going to win him the rounds needed to get a decision and enter the middleweight rankings.