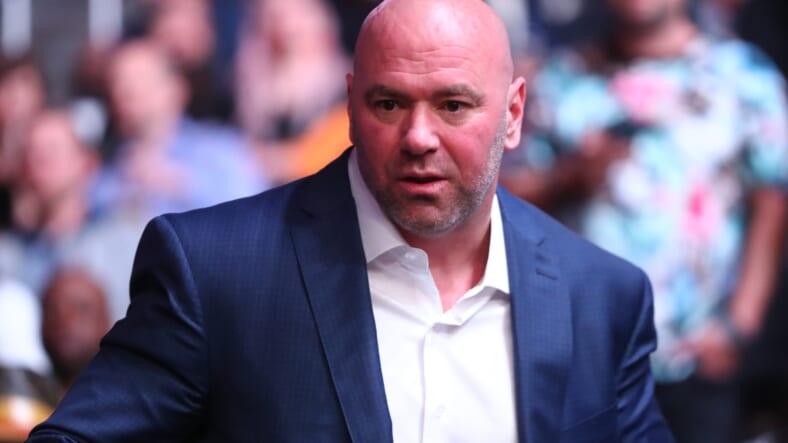 The light heavyweight division has long been one of the deepest in the UFC, and right now, it looks like the division will be shaken up once again by the departure of champion Jon Jones. This wouldn’t be the first time Jones has been removed from his position as the champion – Jones has had to earn the title back in the past thanks to his troubles outside of the ring with legal problems and USADA – but it would be the first time that he’s vacated the belt willingly.

The reason? His ongoing dispute with Dana White over payment.

This wouldn’t be the first time that fighters have complained about their pay, but it looks like the spat between Jones and White is going to go further than others have. The other comparable situation, of course, is Conor McGregor’s jump to boxing. Jones is also interested in boxing, but it’s more uncertain at this point whether he’ll return to the UFC, while such a return didn’t seem like an impossibility when McGregor took his fight with Mayweather.

#ESPN Reyes vs Jan For the UFC light heavyweight championship of the world. As of right now, I got nothing to really gain fighting either of them. Let me know if you guys want to set up a day in 2021 for that Izzy fight. Hopefully you guys will be willing to pay by then.

Jones revealed his intentions on Twitter, which is the place where the rest of his fight with White went down. He said that he has nothing to gain by fighting for the title and recommended a fight between Dominick Reyes and Jan Blachowicz for his title, which presumably, will be vacated due to Jones’ own request.

He touched on the inherent danger involved in fighting in the UFC, as part of his argument that fighting isn’t worth it unless the UFC gives him a superfight. Based on Dana White’s responses in a recent press conference, it doesn’t look likely that Jones will get what he’s looking for.

I hurt myself every time I walk out there and take a punch to the head and Not feel my pay is worth it anymore. https://t.co/X3BjGA9d02

Jones will vacate his title with a record of 26-1 with one no contest, one of the best records that the UFC has seen. He defended his title from Reyes in a decision in February, and for most of his career, the only thing to hold him back from remaining champion indefinitely has been his own problems. While Jones is indeed a controversial fighter, a lot of fans would still like to see him around the sport – even if they hope that someone else defeats him for the light heavyweight crown.

Just how well will Jones do in boxing if he does vacate his title officially and jump to the other most popular combat sport? That’s an unknown, but interestingly, Jones has at least one offer from a fight, from former UFC light heavyweight Jimi Manuwa. At the very least, the fight would be something to see, with Jones’ debut in boxing likely drawing both a lot of viewers and a larger payday than the UFC offers.