UFC: Josh Emmett has dealt with setbacks, but hopeful for late 2021 return 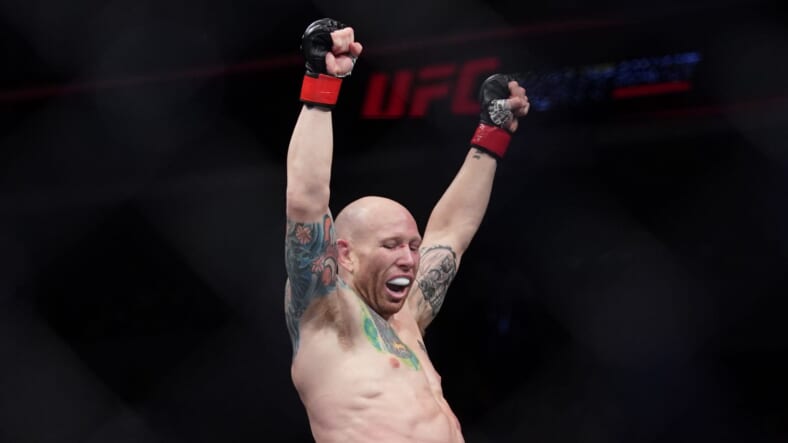 One of the more exciting contenders in the UFC‘s featherweight division is Josh Emmett (16-2). Emmett is arguably the biggest power puncher in the division and all of his fights have fans on the edge of their seats.

Last June, Emmett took on Shane Burgos. The fight was being hyped up and both men delivered on the highest level. It was an absolute war and Emmett ended up coming close to getting the finish in the third round.

Ultimately, the judges unanimously gave the fight to Emmett. It was the third straight UFC victory for Emmett and he was 5-1 in his last six inside the octagon. With the win, Emmett jumped into the top six at featherweight.

However, Emmett didn’t come through the fight unscathed. Emmett completely tore his knee early on in the fight. He continued to fight through the pain which is remarkable considering the way he performed.

With that injury, Emmett has been out of commission since that fight. Emmett told MMA Fighting that he had reconstructive surgery and was undergoing physical therapy at the UFC‘s PI after the fight.

He was recovering and was hoping for a summer return. However, his pain started getting worse and it was discovered that he needed another procedure. Now, he’s still not clear to train and a UFC summer return is not in the cards.

Emmett told MMA Fighting that he still wants to return late in 2021. When he returns, he wants to take on someone in the UFC’s top five which makes sense given his ranking and current winning streak.

That said, who should the UFC pair Josh Emmett up with? There are rumors circulating that the promotion might be interested in booking Chan Sung Jung (16-6) against Dan Ige (15-3).

Whoever were to win that fight would be ranked in the top five. Given the potential winner’s standing in the division, I think it would be the perfect opponent for Emmett’s UFC return. Now, we don’t know if that fight is getting booked for sure, but either one of those guys are great options for Josh Emmett.