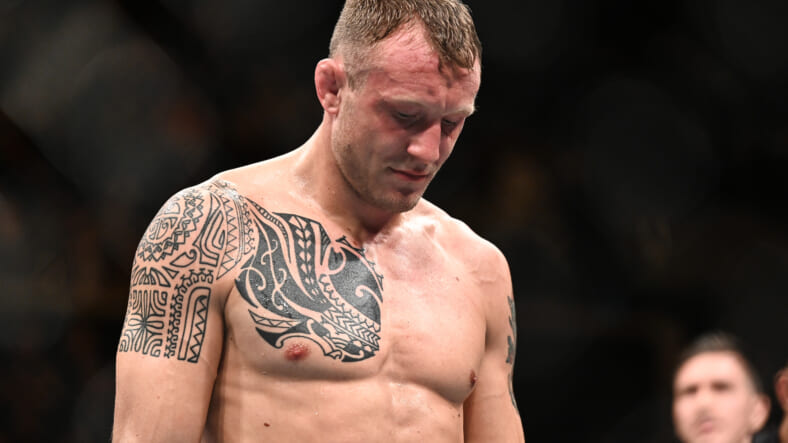 UFC 262 has lost one of it’s fights. MMA DNA was the first to report today that the middleweight matchup between Jack Hermansson (21-6) and Edmen Shahbazyan (11-1) is being postponed. Shahbazyan confirmed the news on his Twitter page.Â

With the news that it’s only being pushed back a week, we can safely make the assumption that nothing serious is happening. The most important thing is that the UFC was able to turn around this matchup quickly.

Shahbazyan is looking to bounce back after his first UFC and career loss in his last matchup. The promotion was giving him the fast track and he took on Derek Brunson in a main event last year.

The veteran did a fantastic job of weathering the storm from Shahbazyan and making him tired. Brunson ended up scoring the TKO victory in a very humbling defeat for the top prospect.

In all honesty, I’ve been surprised about this booking from the beginning. I’m shocked that the UFC decided to give Shahbazyan a fight with Jack Hermansson after his last fight. However, they ultimately wanted to keep him around the top ten.

UFC bounce back for Hermansson

Jack Hermansson is still ranked seventh in the UFC’s middleweight division, but he’s coming off of a lopsided loss to Marvin Vettori in his last fight. Hermansson had some moments, but ultimately, The Italian Dream was too much.

That loss puts Hermansson at 1-2 in his last three matchups. The two losses coming to Vettori and Jared Cannonier. Twice now, Hermansson has come close to getting a UFC title shot.

After winning four in a row, Hermansson got a shot against Jared Cannonier. Had Hermansson won that fight, he might’ve been challenging for the title. However, Cannonier stopped him in the second round.

Then after he defeated Kelvin Gastelum, Hermansson was right back in a good position to potentially get a UFC title eliminator matchup. But, he of course came up short against Vettori.

Now, he will look to reset against the top prospect. This is a big fight for both of these men and it will tell us a lot about where they are heading in the future.