UFC: Is tonight do or die for Cowboy Cerrone? 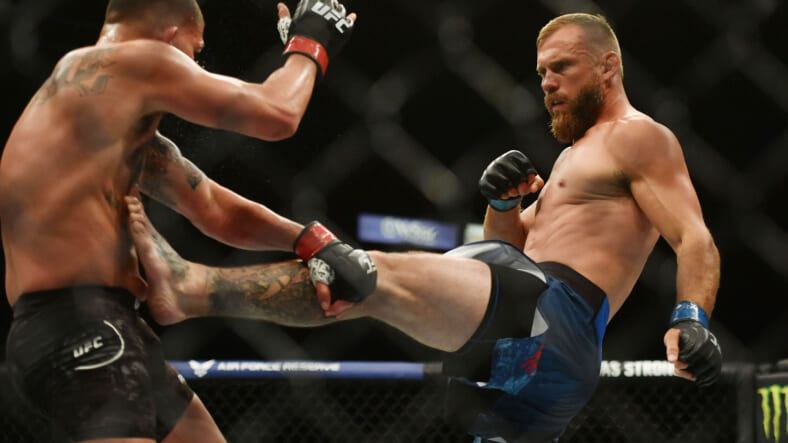 One of the more popular UFC fighters over the last decade has been Donald “Cowboy” Cerrone (36-15, 1 NC). Cowboy gained popularity due to his attitude regarding fighting. Cerrone would step in on a minute’s notice to take any fight.

Over the years, Cerrone has put together an impressive UFC resume. While never capturing a UFC title, Cerrone holds multiple records with the promotion. He holds the most wins, the most finishes, the most bonuses and the most knockdowns in promotional history.

However, going into this next fight, the tune is a little different for Cowboy. Cerrone is starting to get up their in age, and he’s entering this contest on a four fight losing streak. That being said, is this fight at UFC Vegas 11 tonight do or die?

There is no doubting the fact that Cowboy loves to fight. This week he was smiling at all of his media obligations because this is truly what he loves to do. Cowboy certainly didn’t sound like someone who was thinking about hanging it up.

This fight against Niko Price (14-4, 1 NC) is much different. It’s different because this is the first time Cowboy isn’t fighting someone truly elite. If he can’t get past Price, he can’t lean on the fact that he’s only lost to top competition.

This is a fight that Cowboy should win if he comes at his best. If he can’t win, his UFC future starts to look a little bleak. It’s hard not to root for someone as lovable as Cowboy, but his back is definitely against a wall tonight.