UFC: Is Edmen Shahbazyan the next big thing? 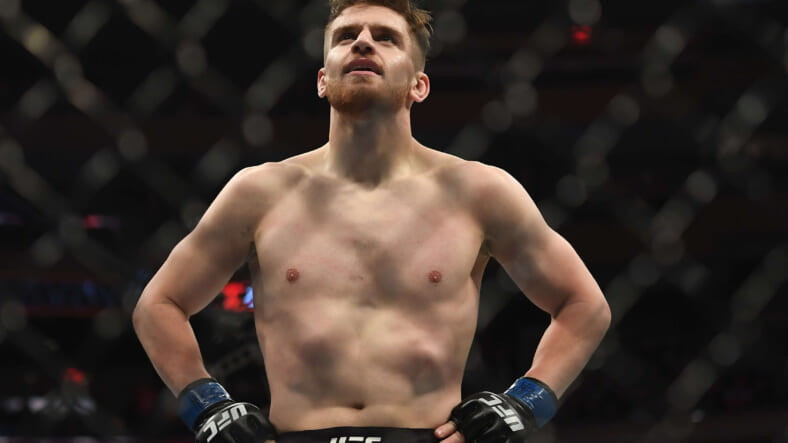 The UFC is always out looking for their next big superstar. They are looking all over the world for young prospects who have superstar written all over them.

In the world today, MMA is becoming more of a mainstream option for kids as they grow up. Instead of traditional martial arts, parents are enrolling their kids into MMA classes where they are learning everything.

As a result, more and more talent is going to be coming out of this next generation as fighters who can do everything. One fighter that epitimizes that is 22-year old phenom, Edmen Shahbazyan.

Shahbazyan will make the walk for his fifth UFC fight this Saturday, months before he turns 23. Shahbazyan is wanting to beat Jon Jones record as the youngest fighter to become a UFC champion.

The next UFC star from the Glendale Fighting Club?

Shahbazyan trains out of the Glendale Fighting Club. The gym was the home of Ronda Rousey during her career. Rousey actually is Shahbazyan’s manager.

Shahbazyan started hitting the mats when he was really young. There is actually footage of him working with Rousey at an open workout when he was just sixteen. Shahbazyan has been brought up to be good at everything.

Shahbazyan already possesses a smoothness and patience that you usually don’t see from fighters that are so young. His striking and killer instinct are already near the top of the division.

When Shahbazyan hurts his opponents, he’s so patient and calm about looking for the finishing blow. Most UFC fighters go all out aggressively, but Shahbazyan continues to strike with force and precision.

Shahbazyan could really be the next big thing in the UFC. He headlines his first card this Saturday night against Derek Brunson. A win over Brunson would likely get Shahbazyan an opponent in the top five of the UFC‘s middleweight division.

Realistically if Shahbazyan wins impressively Saturday night, he might only be one more win away from a title shot. If Shahbazyan is able to get his hands on the title in the year he turns 23, we might see him reign for a long time.