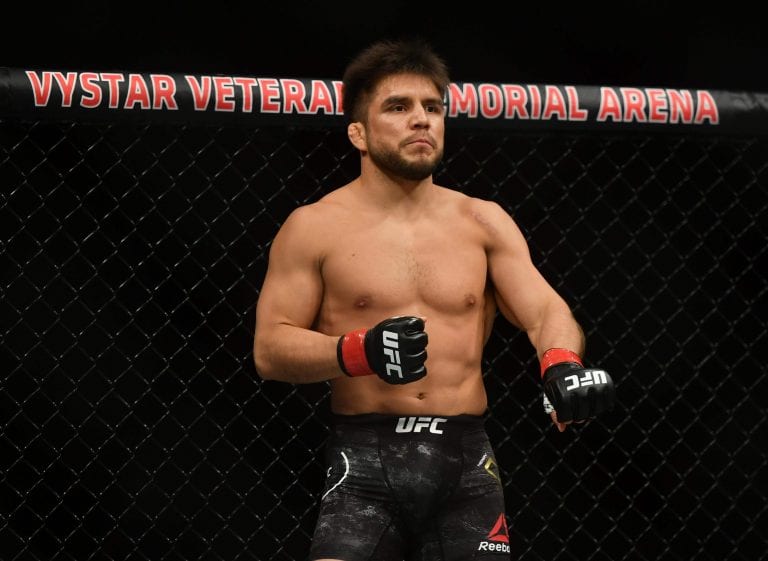 At UFC 249 in May of last year, Henry Cejudo (16-2) successfully defended his bantamweight title when he stopped Dominick Cruz (22-3). The fight capped off an incredible three-year run for Cejudo.

Cejudo lost a split decision to Joseph Benavidez (28-7) in December of 2016. However, after that loss, Cejudo would not lose again in the UFC. He climbed to the top of the flyweight division where he was the first flyweight to defeat Demetrious Johnson (30-3-1).

From there, he defeated TJ Dillashaw (16-4) before moving up to bantamweight. At bantamweight he stopped Marlon Moraes (23-8-1) to capture the title before of course stopping Cruz at UFC 249.

After the fight was over, Cejudo said that he was walking away on top. At just 33 years old, Cejudo seemed comfortable with his decision to retire. However, he’s been constantly active on social media over the last few months.

Cejudo doesn’t talk like someone who’s fought his last fight in the UFC. He’s hinted at returning to the octagon at some point and perhaps 2021 is the year. So if Cejudo does return, who should he fight?

Who would the UFC pair him with?

The fight that Cejudo really wants is a fight with the UFC’s featherweight champion, Alexander Volkanovski (22-1). Fighting Volkanovski would give Cejudo the chance to do something truly remarkable.

Cejudo is already an Olympic Gold Medalist and a two-division UFC champion. However, if he were to fight and defeat Volkanovski, he would become the first fighter in the promotion’s history to have held a title in three divisions.

However, given the landscape of featherweight, I think this is unlikely. Volkanovski has a big challenge in front of him in Brian Ortega (15-1, 1 NC). After Ortega, there is a plethora of top contenders waiting.

I can’t imagine the UFC giving Cejudo that fight because I don’t think he would commit to defending that title. I believe if he moved up for that fight it would be a one and done type of situation.

Now, if Volkanovski clears out the division over the next year or two, then I could see the UFC doing it. However, that division is too fluid right now to have a one and done type of title fight.

The same situation could be said about bantamweight. Petr Yan (15-1) and Aljamain Sterling (19-3) are getting ready to fight for that title. Bantamweight is one of the more stacked divisions in the UFC. I can’t see them letting Cejudo hold up the division.

Return to flyweight or a catchweight?

Of course that leaves flyweight and Deiveson Figueiredo (20-1-1). To me, this is the most likely fight as things currently stand. Figueiredo is set to have a rematch with Brandon Moreno (18-5-2) followed by a fight with Cody Garbrandt (12-3) should he beat Moreno.

If Figueiredo wins both of those fights, I could see the UFC pairing him up against Cejudo in a one-off fight. It would be a massive fight for Figueiredo who the UFC is putting a lot of stock into. They’ve already had some fun back and forth which could fuel the potential fight.

As you can see, there are a number of options across three divisions. If Cejudo commits to coming back and competing more than once, any of the divisions are a possibility. However, if it’s just a one-time deal it will likely be against the flyweight champion of the world.