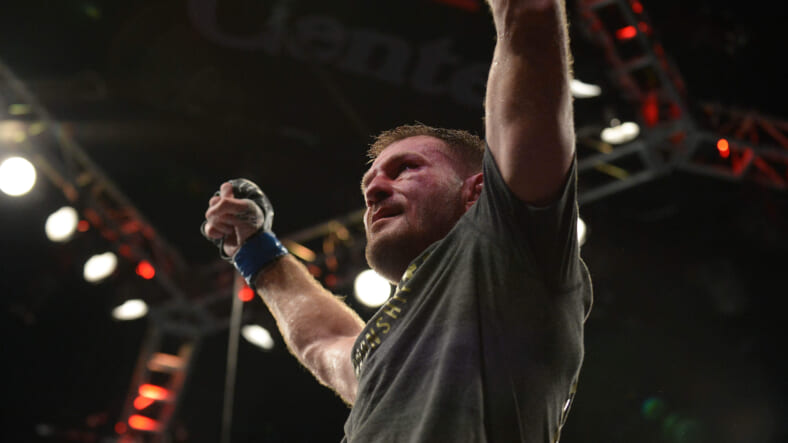 One of the more anticipated UFC title fights that has yet to be booked is the rematch between Stipe Miocic (20-3) and Francis Ngannou (15-3). The two men last fought back in January of 2018 at UFC 220 where Miocic dominated the top contender.

However, since that fight, Ngannou has turned into an even more terrifying monster. He had a bump in the road against Derrick Lewis where he couldn’t pull the trigger, but outside of that, he’s been a destroyer in the heavyweight division.

In Ngannou’s last four UFC contests, none of seen more than one minute and eleven seconds of action. Curtis Blaydes, Cain Velasquez, Junior Dos Santos, and Jairzinho Rozenstruik have all been knocked out by Ngannou in a combined 2:42.

Miocic on the other hand has spent the last two years in a trilogy with Daniel Cormier. Back at UFC 252, Miocic put the finishing touches on the trilogy with a unanimous decision victory over Cormier. However, he didn’t come through the fight without injury.

According to Dana White in an interview with TMZ, the UFC‘s heavyweight champion needed time to recover. However, the UFC does have a date planned for the rematch. According to White the rematch between the two will take place in March.

This seems to go right along with the timeframe that Ngannou referenced last week when he discussed his frustrations. The trilogy between Miocic and Cormier tied up the heavyweight title for the last couple of years which has been frustrating for Ngannou.

When these two men fight again, I think we are going to see a much different fight than we saw at UFC 220. Miocic really humbled Ngannou that night. Francis made that walk thinking he was indestructible, and Miocic made him feel very human.

However, Ngannou is a completely different fighter than he was then. I think he’s at his absolute best now, and I don’t know if Miocic is. I think the challenger will likely be the favorite when these two stand across from each other next March.