UFC could bring back Lyoto Machida for Shogun trilogy 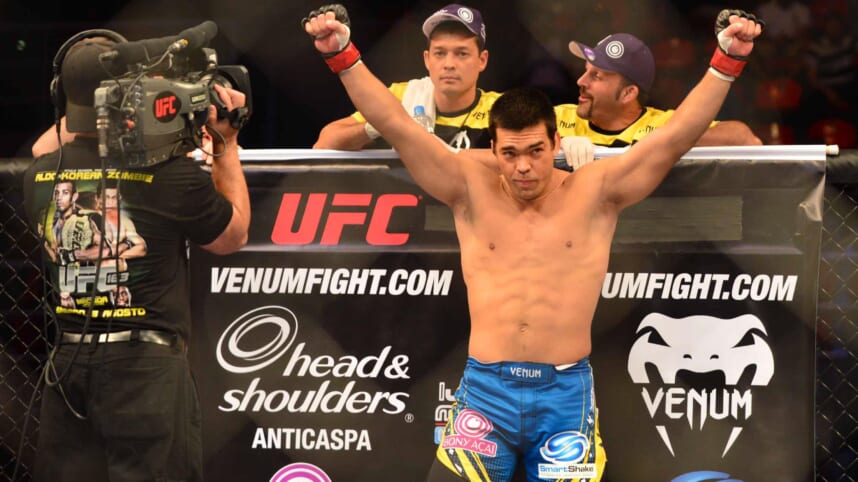 In January, the UFC will make it’s highly anticipated return to Brazil for the first time since the pandemic. With the promotion making their return, expect some big names to be on the card and expect some of the biggest Brazilian stars in the sport.

In addition to some major fights with the top stars of today, it looks like we could potentially see a battle of legends with some history. Recently, Lyoto Machida (26-12) fought out his contract in Bellator. He’s currently on a four-fight losing streak, but he plans on fighting in the future.

While shopping his options, Machida’s manager called the UFC. In an interview with Sherdog, Machida’s manager pitched the idea to Hunter Campbell for Machida to return at UFC 283 in Brazil to take on Mauricio “Shogun” Rua (27-13-1).

Could the legends fight at UFC 283?

Shogun is planning on retiring after UFC 283 regardless of the outcome. The promotion has been trying to figure out what opponent makes the most sense given where Shogun is in his career. The UFC was apparently interested in the idea with Campbell saying he would talk to Dana White about it.

If the promotion were to bring Machida back, you’d have to think it would just be a one-off to make this battle of legends happen. These two men first fought back at UFC 104 in 2009. Nearly thirteen years ago was their first fight.

In that fight, Machida was the unbeaten champion taking on Shogun. It was a razor close fight with Machida getting the decision. However, many believe that Shogun won the fight. The promotion decided to immediately run things back at UFC 113.

This time, Shogun left no doubt and knocked out Machida. That fight was more than 12 years ago. Now, we are looking at a possibility of them fighting again. Given how the promotion likes to stack the cards with big name Brazilian fighters, don’t be surprised to see this happen.