UFC: Colby Covington says Kamaru Usman doing everything he can to avoid their rematch 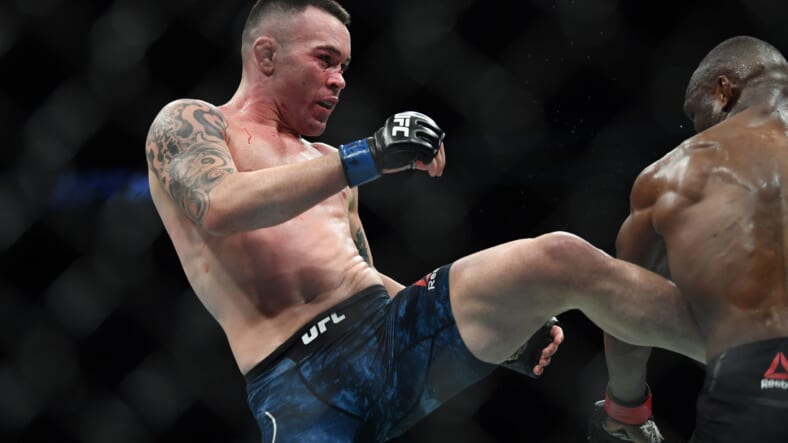 When you think about the next UFC welterweight title fight, there is really only one fight that makes sense. There is one fight that needs to be made and that’s the fight that should be made.

That fight is the rematch between the champion Kamaru Usman (19-1) and the former interim champion Colby Covington (16-2). The two men previously fought back at UFC 245 and it was one of the best welterweight title fights of all time.

Personally, I had the fight 2-2 going into the final round. One judge had Covington up 3-1, one judge had Usman up 3-1, and the third judge had it tied at 2-2. The final round was going to decide the fight, but if it would’ve hit the cards, it would have been a split decision either way.

Ultimately, Usman dropped Covington at UFC 245 and the referee called a stop to the action and the stoppage was immediately protested by Covington. I can see both sides of the argument. It looked like a fair stoppage, but in the final round of a title fight, I’d like to have seen it go a bit longer.

Regardless, Kamaru Usman would’ve won at UFC 245 given his performance in the final round. Usman has since defended his title three times and Covington has a dominant win over Tyron Woodley. Dana White has said the rematch is next, but there’s been a delay in the process and we still don’t have a date for it.

What’s delaying the UFC in finalizing this rematch?

In speaking with Helen Yee Sports this week, Colby Covington has said that he’s told the UFC he’s ready to go whenever. Covington said, “There’s been an offer. Dana and Hunter Campbell know that I’ve agreed. I said, ‘Whenever you want. It doesn’t matter, I’m ready’.”

White has also hinted that Covington has been eager to getting this fight finalized. With that said, the delay is coming from Kamaru Usman’s camp. Why is this fight taking so long to come together? Well, I personally think there are a couple of factors.

There is a very strong hatred between Usman’s camp and Colby Covington. The UFC champion’s manager has said that Covington doesn’t deserve to fight for the title next. Usman was willing to fight Michael Chiesa next, but still hasn’t accepted the Covington rematch.

There’s also speculation that Usman is waiting for UFC 263. Next weekend, Nate Diaz and Leon Edwards will fight in a five-round fight. Whoever wins that will be squarely in the title picture. If Nate Diaz wins, that becomes a big money fight for the UFC champion.

Let me be clear, I don’t think Kamaru Usman is ducking Colby Covington. However, I do believe that he understands that Covington is by far his toughest fight at 170 pounds. Usman would be the favorite, but no matter how you slice it, it’s a very tough fight.

If he gets the chance to make a ton of money fighting Nate Diaz, I think he’d prefer doing that before fighting Covington again. However, I ultimately believe the UFC is going to force their hand in this one. No matter what happens next week, I fully expect Colby Covington to get the next title shot.