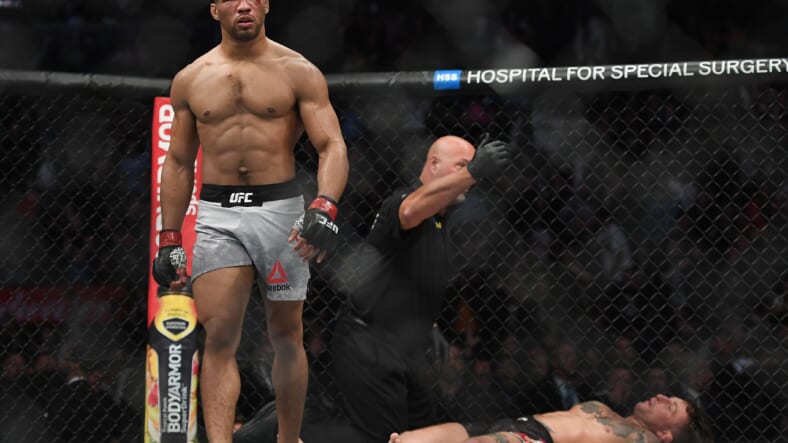 The UFC has finalized a fun matchup in the welterweight division for their July PPV. ESPN’s Brett Okamoto broke the story last night that the promotion had finalized a matchup between former lightweight title challenger Kevin Lee (18-6) and the undefeated Sean Brady (14-0).

The matchup will take place at UFC 264 on July 10th. Lee will be moving up to the welterweight division and provides a big test for Sean Brady. Brady made his UFC debut back in 2019 and he’s looked great inside the octagon.

So far, he’s gone a perfect 4-0 in the UFC. His last two victories were submission victories over Christian Aguilara and Jake Mathews. He also has a victory over former Ultimate Fighter winner Court McGee. As it stands, Brady is ranked 13th in the UFC‘s welterweight division.

While Kevin Lee has spent the majority of his career at lightweight, this will still be a big test for the young Sean Brady. If Brady can defeat Lee at UFC 264, it will say a lot about how good he really is.

Back to the UFC’s welterweight division

Kevin Lee is currently ranked 12th in the UFC’s lightweight division. However, it’s been more than a year since we’ve seen him inside the octagon. While he’s been gearing up for his return, the promotion hadn’t finalized a matchup for him.

In 2019, Lee last competed at welterweight when he moved up to take on Raphael Dos Anjos. Like Lee, RDA spent the majority of his UFC career at lightweight before moving up. Lee was submitted in the fourth round which prompted his move back to lightweight.

Now, Lee has decided to give welterweight another shot. If he can defeat a top undefeated prospect like Sean Brady in July, it will say a lot about where he stands in the UFC’s welterweight division.