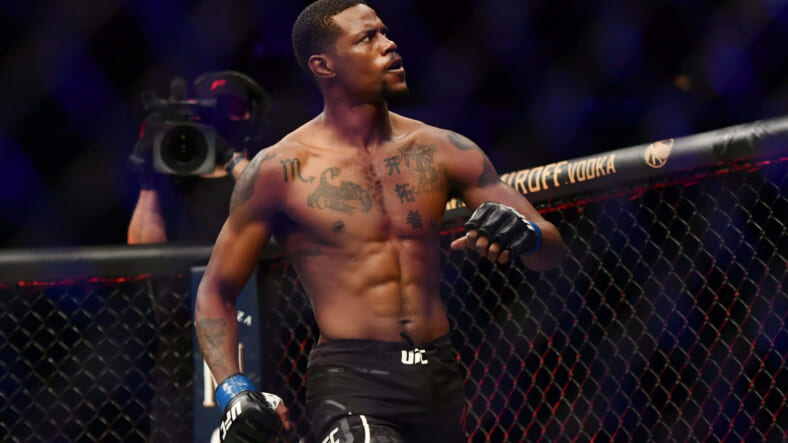 The UFC has finalized the welterweight debut of a man who was one of the fighters of the year in 2020. MMA Fighting was the first to report this afternoon that Kevin Holland (21-7, 1 NC) will be making his welterweight debut against “Cowboy” Alex Oliveira (22-11-1, 2 NC).

The matchup will take place at UFC 272 on March 5th. This is a big fight for Oliveira who is looking to snap a three-fight losing streak. The last time we saw Cowboy was back in October when he was taking on Niko Price. That night, Oliveira walked away with a decision loss.

Overall, Oliveira is just 2-6 in his last eight fights in the UFC. One could say that is job might be on the line in this matchup against Kevin Holland. Over the course of his career with the promotion, Oliveira has been in there with some of the best.

We’ve seen him take on the likes of Carlos Condit, Gilbert Burns and Donald Cerrone. Oliveira has been with the UFC since 2015 and he’s proven to be a stiff test for most who take him on. While he doesn’t have the prettiest record, he’s always down to make things a fight.

There was nobody in the UFC that entered 2021 with more momentum than Kevin Holland. Holland entered the year on a five-fight UFC win streak that earned him his first main event against Derek Brunson. Unfortunately for Holland, a big weakness in his game was revealed.

Brunson took Holland down at will and won a lopsided decision. Holland then stepped in on short-notice to take on Marvin Vettori in another main event. Unfortunately, Holland was dealt the same result after not being able to defend takedowns. After this second loss, Holland took some time away from the UFC.

After the No Contest, Holland said he would be dropping to the UFC’s welterweight division. This is probably the more natural weight class for Holland and I’m very intrigued to watch him compete at 170.