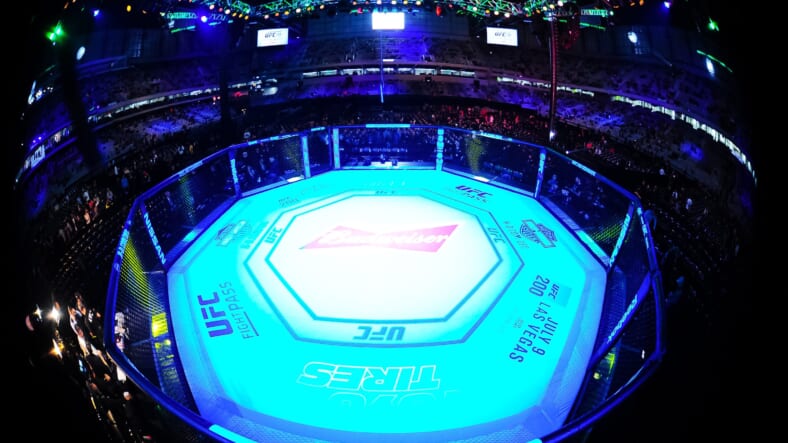 The former UFC bantamweight champion is back. Today, MMA Junkie reported that the promotion is booking Dominick Cruz (22-3) against Casey Kenney (16-2-1) in March. The fight will take place at the proposed UFC 259 PPV.

This news came out of no where and is honestly a tad stunning. After Dominick Cruz lost to Henry Cejudo back at UFC 249, it wasn’t clear on if he was going to continue to fight. Cruz has made a career for himself at the broadcast table.

However, it appears that the former UFC champion is still wanting to keep his fighting career alive. Cruz is one of the best bantamweights of all time, however, his career has been famously derailed by injuries.

Due to injuries, Cruz has only fought five times in the last nine years. Prior to his title fight at UFC 249 against Cejudo, Cruz had been out for three and a half years. He will enter the cage on a two-fight losing streak.

Cruz lost his UFC title to Cody Garbrandt back in December of 2016. That night, Cruz seemed just a step behind Garbrandt. Following that loss, injuries kept him out until the Cejudo fight. Cruz was finished in the second round by Triple C.

To be honest, I’m a tad surprised by the opponent choice for Dominick Cruz. Sure, Cruz has lost two in a row and has been out of the cage a lot, but I was still expecting a more high profile opponent for him in his next fight.

Casey Kenney is getting a massive opportunity at UFC 259 taking on the former champion. Kenney is 5-1 in the UFC with his only loss coming to Merab Dvalishvili back in February. He’s won three straight to close out 2020.

Despite the winning streak, Kenney still finds himself outside of the UFC‘s top 15. However, if he’s able to pickup a win over Dominick Cruz, that would be a massive bump for his career. Should be a fun one when March rolls around.