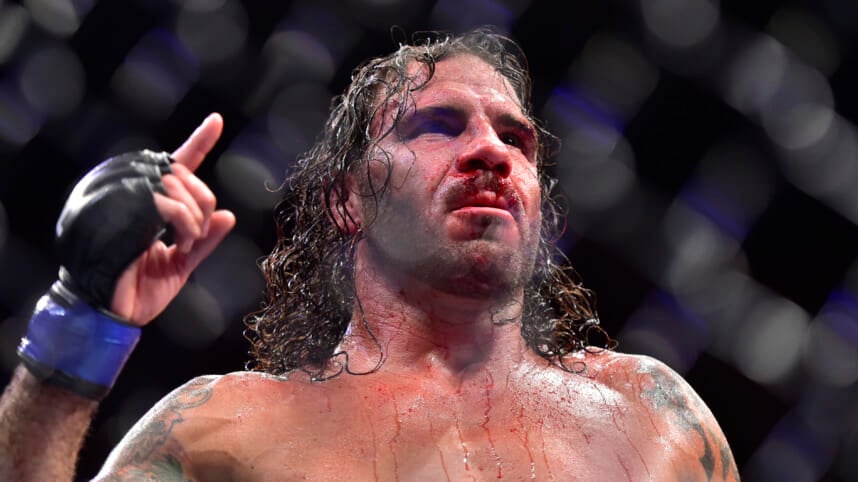 The UFC has finalized a lightweight matchup featuring one of the more popular veterans in the promotion. It was announced yesterday that “The Carpenter” Clay Guida (37-22) returns in December when he takes on Scott Holtzman (14-5).

The fight was announced by Holtzman’s gym. It will take place at a UFC Fight Night on December 3rd. For Holtzman, this fight provides him with the opportunity to bounce back against a high profiled name.

Holtzman first made his UFC debut when he was 7-0. He won that fight and has put together a really solid run this far. Overall, he’s gone 7-5 during his time inside the octagon. HOwever, it’s worth noting that his five losses have all come against the likes of top competition.

For example, he will enter the octagon in December riding a two-fight losing streak. However, those two losses came against top ten lightweight contenders Mateusz Gamrot and Beneil Dariush. By the time December hits, it would have been almost 20 months since we’ve seen Holtzman. A long layoff and a high energy opponent will be in front of him.

Return of the UFC’s Carpenter

Clay Guida just seems to be one of those guys who doesn’t age. Just when you think he’s going to slow down, he runs to the octagon, gets slapped by his brother to get him hyped, then goes out there and gives it his all like he always has.

Guida last fought back in April when he took on Claudio Puelles. Like many of Puelles’ opponents, Guida got caught in a knee bar and was submitted. However, prior to that loss, he had a very impressive win over Leonardo Santos.

A win against Michael Johnson and a razor close loss to Mark Madsen rounds out his last four fights. This fight is just before Guida’s 41st birthday, but you’d never guess it. He’s going to bring the energy and the pace to Holtzman so Holtzman better be ready after that long layoff.