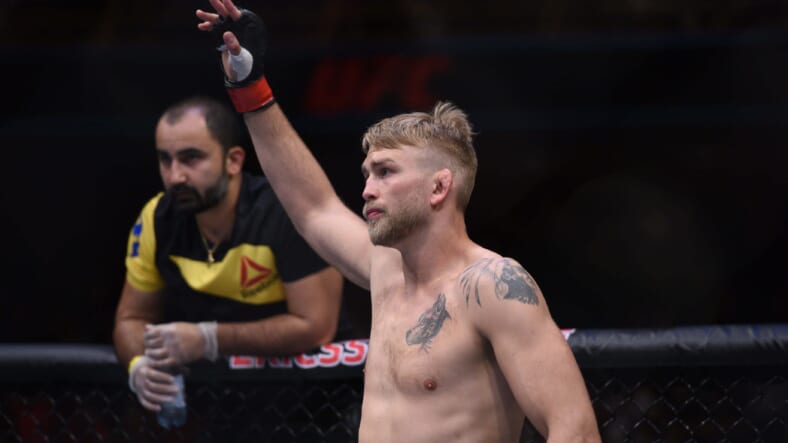 The matchup will take place at a UFC Fight Night on September 4th. That Fight Night is currently scheduled to take place in London which will be the UFC‘s first trip to Europe since the pandemic.

Paul Craig will be looking to keep the momentum going when he takes on the former title challenger in September. Craig last fought a few weeks ago at UFC 263 when he took on the surging prospect Jamahal Hill.

Before the fight, Craig said that he wanted to test the jiu jitsu of Hill. In the first round, Craig pulled guard and immediately started attacking submissions. Eventually he locked in an armbar and dislocated the elbow of Jamahal Hill.

Due to the referee’s incompetence, the fight was stopped by TKO instead of submission. That win at UFC 263 was the third straight win for Craig who now ranks 12th in the light heavyweight division. Another statement win in September will likely move him into the top ten.

UFC Redemption for The Mauler

If there’s anyone that needs a little UFC redemption, it’s Alexander Gustafsson. Gustafsson will be making his first appearance since last July when he moved up to heavyweight to fight former UFC champion Fabricio Werdum.

Werdum was able to take Gustafsson down and submit him in the first round. It was the third straight loss for Gustafsson. The Swede has not been very active over the last few years. Dating back to 2016, Gustafsson has been fighting on average once a year.

In 2016 and 2017, Gustafsson picked up wins over Glover Teixeira and Jan Blachowicz. Those two men are fighting at UFC 267 for the light heavyweight title. After those two wins, Gustafsson got a shot against Jon Jones and lost by TKO.