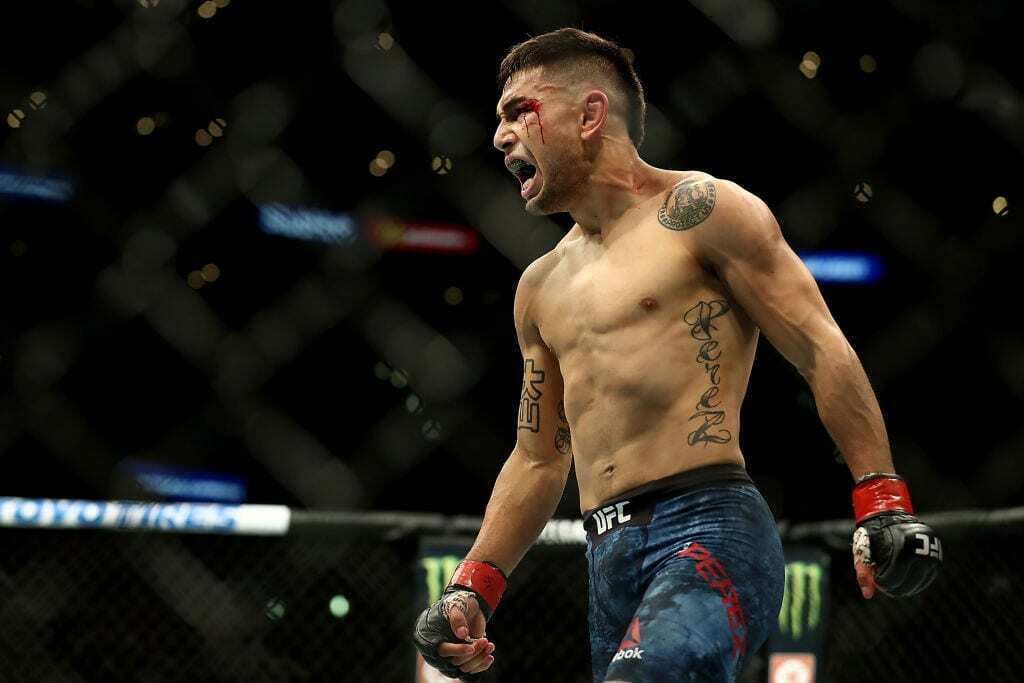 The UFC has finalized a very solid flyweight matchup that will take place in May. First reported by MMA DNA, the promotion has booked a matchup between former title challenger, Alex Perez (24-6), and Matt Schnell (15-5).

The fight will take place on May 15th. For Alex Perez, this will be the first time that he’s fought since his failed attempt at becoming champion at UFC 255. Perez took on Deiveson Figueiredo in the main event that night.

Originally, the champion was supposed to fight Cody Garbrandt that night. However, after Garbrandt had to pull out with an injury, Perez got the opportunity of a lifetime. The chance at UFC gold and a PPV main event.

Perez had won three fights in a row and was 11-1 in his previous 12 fights. He appeared to be a formidable challenge for the UFC champion, however, it didn’t play out that way in the cage. Perez was submitted by Figueiredo in just under two minutes.

Alex Perez entered the contest ranked fourth in the flyweight division and he stayed put after the loss. He will now have a chance to get back on the right track when he takes on another top UFC flyweight in May.

Standing across from Perez in May will be Matt Schnell. Schnell will make the walk in May as the seventh ranked contender in the UFC’s flyweight division. This fight is a massive fight for him in getting to fight a former title challenger.

Schnell made his UFC debut back in 2016 and started his career with the promotion getting finished in two straight fights. With his back against the wall, Schnell then won four fights in a row in the flyweight division.

That winning streak found him fighting Alexandre Pantoja in December of 2019. Pantoja was able to win that fight by knockout in the first round. Schnell made his return just last month when he defeated Tyson Nam by split decision.

It’s very clear to me that Schnell is one of the better flyweights in the UFC. This is his chance to bust into the top five. If he comes out and gets the win over Perez in May, he could be on his way to making some noise in the division.