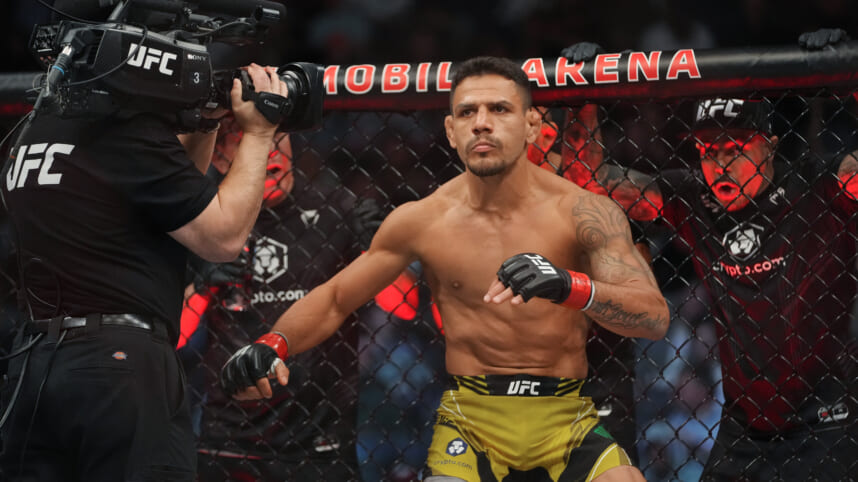 The UFC has finalized a fun welterweight matchup for their Orlando card in December. Combate was the first to report that former lightweight champion Rafael Dos Anjos (31-14) is returning to the welterweight division to take on Bryan “Bam Bam” Barberena (18-8).

As mentioned, this fight will go down at UFC Orlando on December 3rd. This is a massive opportunity for Barberena who will be making the walk riding a three-fight winning streak. The last two opponents have been legends of the sport and he’s trying to add one more to his hit list.

The last time we saw him was at UFC 276 when he took on Robbie Lawler. In a fight where Lawler looked sensational, it was Barberena who came out on top. He ultimately stopped Lawler in the second round via strikes which is not something that happens frequently.

Prior to that, he took on Matt Brown at UFC Columbus. It was a razor close fight with Barberena getting the nod in the end in a very entertaining scrap. Now, he gets his chance against another former champion.

Former UFC champ moves back up

Rafael Dos Anjos is in the twilight of his career and he knows it. RDA had moved back down to 155 pounds hoping to have one more run at the title. However, his knockout loss to Rafael Fiziev derailed his hopes of once again capturing the title.

Now, he’s focused on fighting fellow veterans and taking fun fights. He’s admitted that his time as a title challenger is over, now it’s just about competing against guys that he respects. Barberena being one of those guys.

Prior to the loss to Fiziev, RDA had defeated Paul Felder and Renato Moicano in back-to-back fights. Overall, RDA is 3-3 in his last six. This should be a fun one when these two lock up in Orlando in a couple of months.