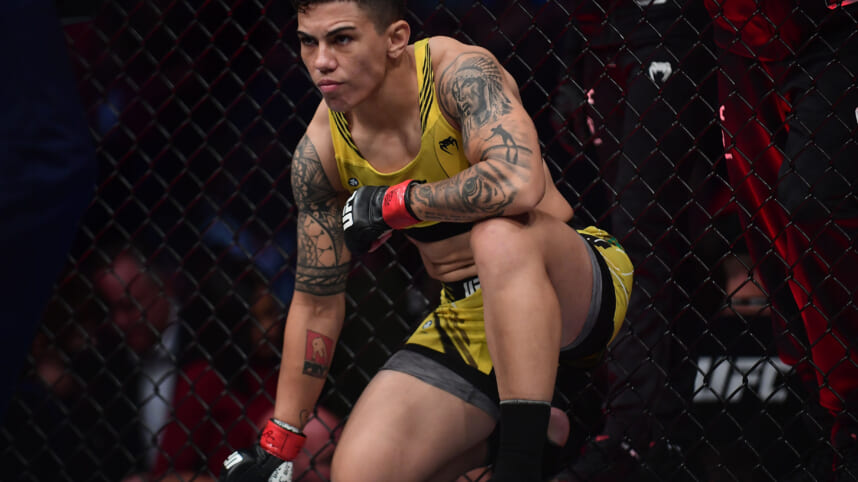 The UFC has finalized a big time matchup in the women’s flyweight division. MMA Fighting was the first to report yesterday that former strawweight champion Jessica Andrade (23-9) is moving back up the flyweight to take on former title challenger “Lucky” Lauren Murphy (16-5).

The bout will take place in Brazil at UFC 283 on January 21st. For Murphy, she’s going to be looking to pick up her second straight win over a former world champion. IN her last fight, she took on Miesha Tate back in July.

It was Tate’s highly anticipated flyweight debut and everyone thought she’d get a title shot with a win. However, Lauren Murphy spoiled the party and beat her up over the course of three rounds. Since 2019, Murphy is 6-1 with the lone loss coming to Valentina Shevchenko.

The decision to move back up is an interesting one for Jessica Andrade. Andrade made her presence at flyweight known right away in 2020 with a first round finish of Katlyn Chookagian. With that performance, the UFC gave her a title shot.

From there, the future was up in the air for the former UFC strawweight champion. Ultimately, with her path still not completely clear, Andrade decided to move back up and that is how this fight with Murphy materialized.